How Fulani herdsmen shot at me - Benue governor

1:36 AM CuteNaija 0 Latest News in Nigeria 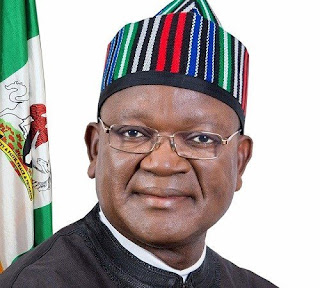 Governor, Samuel Ortom on Monday revealed that some Fulani herdsmen who invaded his farm in Makurdi shot at him and some livestock guards.

Ortom who stated this on a program, "issue of the moment" he featured in on the state radio aka Radio Benue said he had to invite troops of Operations Whirl Stroke before the marauding herdsmen left.


The governor who decried the influx of Fulani herdsmen into the state said that they were armed with sophisticated weapons.

"I was on my farm within Makurdi town last week when some herdsmen shot at me and shot the livestock guards who were on the farm.

"I have to inform the Operation Whirl Stroke before the herdsmen ran away.

The governor expressed deep concern that the herdsmen carry more sophisticated weapons than the security men.

"Many of these herdsmen carry AK47 and even AK49, you know that the latter is superior to the former and this is what some of the herdsmen are carrying.