How a desperate EFCC framed me up over Malabu -former AGF, Adoke 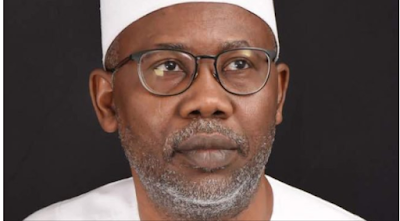 Mohammed Bello Adoke, the former attorney-general of the federation, says the Economic and Financial Crimes Commission (EFCC) desperately manufactured evidence to implicate him in the bribery allegations over the Malabu/OPL 245 transaction.

The senior advocate is expected to be charged to court any moment from now by the anti-graft agency for allegedly collecting N300 million bribe in 2013 — two years after the transaction was concluded. He has always denied all the allegations.

He had thrice been charged to court by the EFCC when he was on self-exile but was arrested by Interpol in Dubai, UAE, despite a court order vacating an international arrest warrant.

He returned to Nigeria on December 19 and the EFCC secured an order to detain him for 14 days.

On January 2, the court granted the agency further leave to detain him for another 14 days.

The second order expired on January 16 and, unable to keep holding him without another court order, the agency decided to charge him to court the fourth time on similar allegations already before another court.

In his memoirs, “Burden of Service: The Reminiscences of Nigeria’s Former Attorney-General”, Adoke vehemently denied taking any bribe — “not even a cup of tea or a slice of cake” — in the $1.3 billion OPL 245 deal involving Malabu Oil and Gas and two oil giants, Shell and ENI, which has become a subject of criminal prosecutions in Italy, the home of ENI.

In June 2019, Ednan Tofik ogly Agaev, a former Russian ambassador, told an Italian court that he was pressured, under interrogation by the FBI, to mention Adoke’s name as one of the recipients of the $400 million bribes allegedly paid to government officials in the deal. Agaev later refused to adopt his statement to FBI in court, saying that he did not mean for it to be used against him.

Also, on July 17 in the same Italian court, Vincenzo Armanna, a former ENI manager, said Adoke confronted ENI officials that if any one gave or took bribe over the OPL 245 deal, they would be arrested and prosecuted.

In his book, Adoke said when the EFCC could not find anything incriminating against him in the OPL 245 transaction, they decided to twist a failed mortgage deal to accuse him of money laundering.

“On 30 January 2017, the anti-graft agency filed a five-count charge against Alhaji Aliyu Abubakar, a property developer, and me at the Federal Capital Territory High Court, in Abuja. According to sensationalised media reports, I was charged with collecting a bribe of $2,267,000 in the Malabu deal. The bribe money was purportedly paid to me by Alhaji Abubakar through a bureau de change in September 2013,” he wrote.

“The international wing of the EFCC propaganda machinery went crazy on a defamation binge, tearing at that new succulent bone with gusto! The only problem, though, was that EFCC did not charge me to court over Malabu or OPL 245. It was its media spinners that added OPL 245 and Malabu to their imaginary charge sheets. There, again, was yet another concrete evidence that the Commission was merely fishing for anything they could use to destroy me.

“The desperation was unmistakable. There was not one mention of Malabu or OPL 245 in the charges! In truth, the EFCC knew there was nothing linking me to the contrived sleaze in that transaction. The EFCC could not approach the court to claim that ‘Adoke collected $2,267,000 in the Malabu deal.’ It still cannot do so because I did not collect a dime from that transaction. Not one kobo. Not one cent, much less a dollar. In the fullness of time the truth will prevail. My truth will remain unimpeachable.

“To start with, it is strange for someone who allegedly ‘aided’ the OPL 245 ‘fraud’ and ‘authorised payments’ of $801 million to Malabu in August 2011 to wait until September 2013 to collect his ‘share’ of the booty. Of all the cases of bribery that I have ever heard of in my life, I am yet to learn of one where a person would bide their time for two solid years after a transaction was concluded to receive their share. Those who collect bribes would usually demand to be paid upfront. I may be wrong. Those who collect bribes would also argue that for a deal worth $1.1 billion paid to one of the parties, a gratification of $2.2 million would be nothing short of an insult. I may be wrong, of course.

“Whatever the case may be, I did not collect any bribe from anybody for the five years that I was a Minister. I repeat: I never took a kobo, a cent or a dollar bribe from anybody throughout my tenure as Minister. It probably appeared strange, by Nigerian standards, to believe that there could be people who would advise the Federal Government on the execution of an agreement worth $1.3 billion and not make demands on the parties. They had to resort to twisting facts in an effort to rope me in. Yet in all the charges, they still could not provide any evidence linking me to sleaze. Unfortunately, with the help of the media and the ‘anti-corruption’ campaigners, the EFCC has sustained its infernal campaign to ruin my name.”

“In 2011, after I was re-nominated as minister, my security detail advised me that it was no longer safe for me to continue residing at my terrace apartment. According to him, it would be difficult to secure me in an environment where several other persons were residing and shared common facilities. They reminded me that one of my predecessors, Chief Bola Ige, was assassinated rather easily in December 2001. He said they would be failing in their duty if they did not adequately secure me. I turned down their request. I told them it was their duty to secure me. But the pressure to relocate kept mounting. My net salary was less than N500,000 monthly, after all deductions, from a gross of roughly N990,000. There was no way I could afford to move houses based on my income, except I wanted to dig into my savings,” Adoke wrote.

“When, however, the pressure would not subside, I approached my bankers seeking a mortgage to buy a house. Alhaji Aliyu Abubakar, a builder and a developer whom I had been acquainted with for a long time, had earlier approached me with an offer to sell me a house for N500 million. The bank, the Chairman of whose Audit Committee I used to be, agreed that I should make an equity contribution of N200 million for a mortgage loan of N500 million that they would extend to me. The mortgage was approved and the payment made directly to the developer, not to me.

“I had hoped to raise the N200 million from the sale of a piece of land I owned in Abuja. However, it turned out that I could not secure a buyer for that price. Meanwhile, interest was accumulating on the N300 million loan from the bank. At a point, I had to pay interest of about N40 million from my savings which predated my ministerial appointment. The bank also informed me that the CBN was raising issues against the loan, especially the mounting interest, as I was a politically exposed person (PEP).

“As I was ruminating over how to sort that problem out, the developer contacted me, offering to return the money paid to him by the bank. He had got wind of the interest of the CBN in the property and wanted to take it back. I was too glad to let go. I suggested Abubakar should approach the bank and offer to pay back the loan since I was unable to sort it out. I asked him to retrieve the title documents which he gave to the bank upon receipt of their N300 million.

“All I know beyond that conversation was that he paid off the loan to the bank and retrieved the title documents. I have no inkling of how he paid or how much he paid. I have no idea if he made the payments in dollars, neither do I know if a bureau de change was involved. I merely recall that both the developer and the MD of the bank confirmed to me that the loan had been repaid and that the title documents had been returned. I asked that the bank account be closed. That ended the matter as far as I was concerned.

“EFCC’s fishing expedition took them through the accounts of the said developer. On sighting the said payment from Unity Bank, they promptly summoned him to quiz him about the transaction. Typically, they brought out the brute force: ‘Where is the house?!’ This would be followed by the aggressive caveat – “KEEP OFF! HOUSE UNDER INVESTIGATION” – that the EFCC employs to terrorise hapless Nigerians.

“It was from Abubakar that they got the information that the house was no longer mine; that the CBN had bought it as I couldn’t meet up with payment; and that he had repaid the Unity Bank loan and retrieved the Certificate of Occupancy. He further told them that he paid the bank in dollars, which they changed into naira at a bureau de change.

“I have just described the failed transaction that the EFCC classified as ‘unlawful activity’ and ‘money laundering’ over which I was charged to court along with Alhaji Abubakar. Irrespective of the facts on the ground, I was told one of the EFCC operatives screamed: ‘We must find something to pin on him!’ That was how frantic they got in their shameful pursuit of an innocent man.”

Adoke said if he really took any bribe over the OPL 245 transaction, it would have been easy to trace.

“In an increasingly sophisticated world, a money trail is one of the easiest things to find and follow. Nothing can be traced to me because I did not collect any bribe. Truth is eternal,” he said.

The EFCC, in its response to the book, dismissed Adoke’s allegations, insisting that he has a case to answer.