Having a good heart does not work in Nigeria-Davido declares 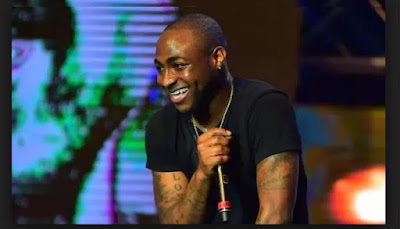 Pop star, David Adeleke a.k.a Davido has said having a good heart doesn’t work in Nigeria.

The DMW boss took to his Twitter page to share what appeared to be a reflection on happenings in the country, though

he did not make particular reference to the issue he was addressing. ‘Good heart no dey work for naija,’ he wrote on Twitter.

Back in 2019, Davido threw a jab at the operatives of the Department of State Services (DSS) after they invaded a federal high court sitting in Abuja to rearrest Omoyele Sowore, convener of the RevolutionNow Movement.


“Justice slowly becoming a thing of the past n our dear country …. a kid somewhere in Nigeria dreaming of becoming a lawyer and bettering the community would see this and start having doubts … just sad,” the Afropop had written.

The Nigerian Twittersphere  was set abuzz in the wake of Davido’s response to rumours that he took Sophia Momodu, mother of Imade, his daughter, on a vacation trip to Ghana.

Photos of the award-winning singer and Sophia together started circulating on social media, shortly after the rumours emerged that he was having a fling with his baby mama and even took her on holiday to Ghana.

In a bid to clear the air, the ‘Risky’ crooner took to his Instagram stories to post a lengthy message warning “bloggers and purveyors of fake news” to desist from pushing false narratives that can destroy his relationship with Chioma Rowland, his fiance, whom he recently proposed to.

“I just want to drop a quick comment on the headlines of the silly blogs I’ve been seeing circulate about me taking the mother of first child on a trip to Ghana and really wish y’all will quit with it,” he wrote.