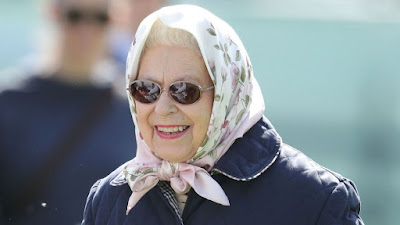 Britain’s Prince Harry is expected to meet his grandmother, Queen Elizabeth II, and other senior royals on Monday to discuss his plans to “step back” from royal duties.

Harry and his wife Meghan, made a surprise announcement on Wednesday that they will seek a lower profile, build financial independence and divide their time between Britain and North America as they “carve out a progressive new role.”

The queen will hold talks with her grandson at her Sandringham estate in Eastern England on the future roles of Harry, 35, and Meghan, 38, the BBC and other British media quoted royal sources as saying.

Buckingham Palace and Harry and Meghan, the Duchess of Sussex, have not confirmed plans for a meeting.


Many commentators and British tabloid newspapers have criticized the couple’s plans.

The criticism intensified on Friday after the palace confirmed that U.S.-born former actress Meghan had flown to Canada, where she had lived for several years while filming the popular television drama “Suits.”

Harry and Meghan also said they plan to restrict media access and withdraw from a rota system for media coverage of the royal family.

Their announcement came after they had denounced intrusive and inaccurate media reporting, as well as the vitriol directed toward them on social media, including racist attacks against Meghan, whose mother is black.

Harry and Meghan had returned earlier last week from a six-week break in Canada, a member of the Commonwealth, with their 8-month-old son Archie.