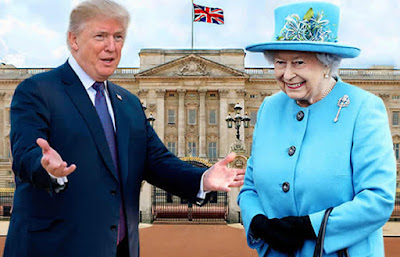 U.S. President Donald Trump on Friday said the decision by Britain’s Prince Harry and his wife Meghan to step back from royal duties was “sad.”

Trump sent the “strong message” to Britain’s Queen Elizabeth II in an interview with Fox.

Britain’s Queen Elizabeth II, who is Harry’s grandmother, was reportedly not consulted before the pair announced their decision to seek a lower profile, build financial independence and divide their time between Britain and North America.

“I don’t want to get into the whole thing. I just have such respect for the Queen I don’t think this should be happening to her,” Trump added in an interview with Fox News that was partially aired on Friday.


The couple said they plan to restrict media access and withdraw from a rota system for press coverage of the royal family.

Buckingham Palace said discussions were ongoing with the couple, who are officially known as the duke and duchess of Sussex.

The surprise announcement came after they had denounced intrusive and inaccurate media reporting, as well as the vitriol directed toward them on social media, including racist attacks against U.S.-born Meghan, whose mother is black.

In an interview last year with the British newspaper The Sun, Trump called Meghan “nasty” after finding out that she did not support his election.