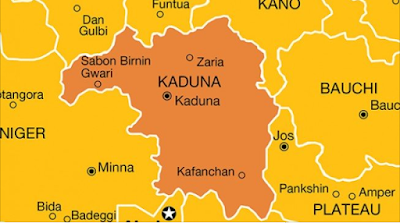 Some passengers came under gun attack around Rigasa train station in Kaduna state on Friday.

TheCable reports that the incident happened shortly after travellers from the nation’s capital arrived in Kaduna.

The source said the passengers were making plans to connect various destinations within the state when the gunmen struck.

“When the 6:30pm train from Abuja arrived Kaduna around 8pm, the passengers disembarked. Some of them proceeded to their destinations but those who tried to connect the town through the Rigasa-Airport road came under gunfire from suspected bandits,” the source said.

He added that some motorists abandoned their vehicles by the roadside during the attack.

NE could not independently verify if some persons were kidnapped in the incident which happened a week after Umaru Bubaram, emir of Potiskum in Yobe, was attacked in Kaduna.

The first-class monarch lost at least four of his aides in the attack. The  Ansaru militant group later claimed responsibility.

Speaking on the latest attack, a resident disclosed that the gunmen fled following the prompt response of security personnel.

“There was an attempted attack on passengers around the Rigassa train station but it was repelled by the army, I don’t have the details,” the  resident said.

Samuel Aruwan, commissioner for internal security and home affairs, neither answered calls nor responded to a text message seeking his comment on the incident.

But Yakubu Sabo, spokesman of the Kaduna police command, said he was not aware of the attack. He, however. promised to find out and get back but had not done so at the time of this report.

Kaduna is one of the states in the country with the highest rate of insecurity. The fear of kidnappers and bandits made many residents to abandon the Abuja-Kaduna highway. Many people feel safe boarding trains whenever they are travelling.