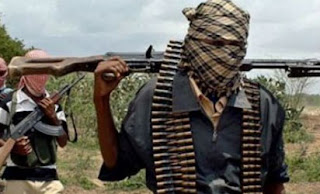 Police have confirmed the abduction of a housewife in Jahun Local Government Area of Jigawa.

A security source said the woman is the wife of a Jigawa State Assembly member representing Miga constituency, Haruna Dangyatun.

SP Abdu Jinjiri, the Police Public Relations Officer (PPRO) in the state, said the victim, Hajiya Zahra’u Haruna, was kidnapped by three gunmen on Saturday about 4 a.m. at Dangyatum village.

“Today at about 4 a.m., a housewife named Zahra’u Haruna, was kidnapped by unknown gunmen in Dangyatum village in Miga local government area.

“Three unknown men came to the residence of the victim with guns and cutlasses and took her to unknown destination.

“But the police are already giving the suspects a hot chase,” Jinjiri told NAN.