Germany reacts to arrest, detention of Britain’s ambassador by Iran 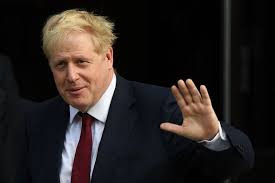 Macaire was arrested on Saturday by the Iranian authorities and accused of turning the people against the government.

This happened shortly after Iran admitted that its military actually downed the Ukranian international airliner killing 176 passengers and crew.

A spokesman from Johnson’s office said in a statement issued after the two leaders spoke, “On Iran, they discussed the tragic loss of life on the Ukraine International Airlines passenger jet.”

“They condemned Iran’s arrest of the UK ambassador to Tehran as a violation of international law,” the spokesman said.

Dozens of students gathered outside the British embassy in Tehran chanting “death to england” while calling for the ambassador to be expelled on Sunday.

They chanted, “This den of espionage must be closed down.”