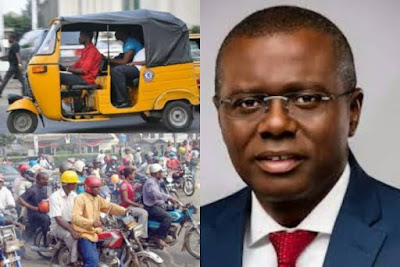 In a statement by the Commissioner for Information and Strategy, Mr. Gbenga Omotosho, said the government had to ban the the operation of Okada and tricycles due to the havoc they cause in those communities.

The worst hit of this new order are OPAY and Gokada operators.

The statement reads: “After a robust assessment of the debate on what has been widely referred to as the Motorcycle (Okada) and Tricycle (Keke) Menace, the Lagos State Government and the State Security Council have decided that the security and safety of lives of Lagosians are paramount.
The figures are scary.


“From 2016 to 2019, there were over 10,000 accidents recorded at the General Hospitals alone. This number excludes unreported cases and those recorded by other hospitals. The total number of deaths from reported cases is over 600 as at date.