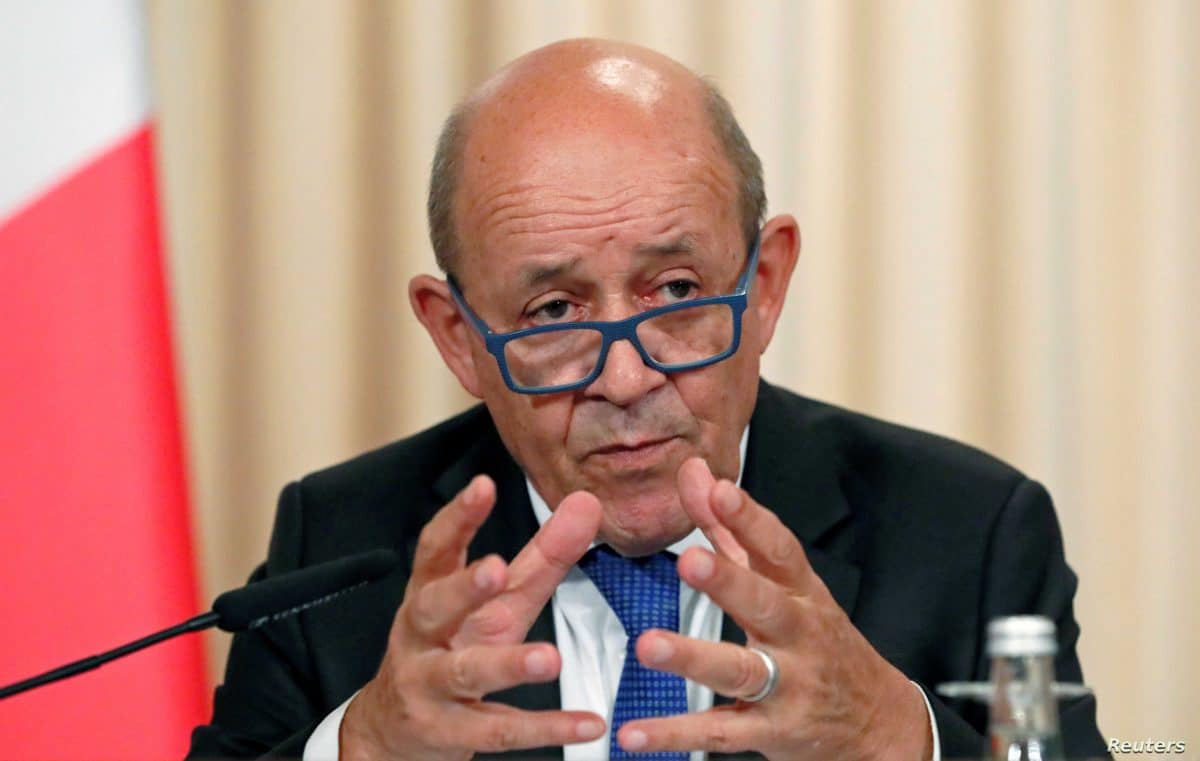 The France authorities have reacted to the missile attack on US facilities by Iran on Wednesday.

France in its reaction on Wednesday condemned the missile attacks by Iran on Iraqi bases housing coalition military including US and UK forces.

The French foreign minister, Jean-Yves Le Drian, says the most important thing now is to de-escalate tensions in the Middle East, BBC reports.

“France reiterates its solidarity with its allies and partners in the Coalition [against the Islamic State group], as well as its commitment to the sovereignty and security of Iraq,” Jean-Yves Le Drian says in a statement.

He added: “The cycle of violence must end. France, for its part, remains determined to work towards easing tensions.

“We are in contact with all the parties concerned to encourage restraint and responsibility.”

The killing of Iranian army General, Qassem Soleimani has inflamed tensions in the Middle East since Friday after US President gave reasons for his administration.

More than a dozen rockets were fired at two Iraqi military bases hosting US troops on Wednesday.