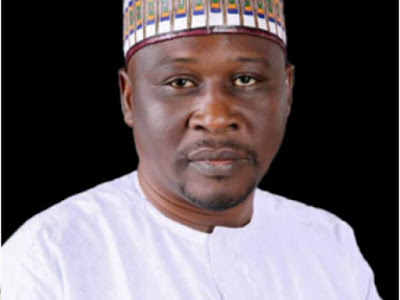 The Christian Association of Nigeria (CAN) in Adamawa State has declared a three-day fasting and prayer session from Monday over what it termed rampant killing of Christians in the state.

Making the declaration for the three-day fasting and prayer, the Adamawa State CAN chairman, Bishop Stephen Mamza, said the Christian community needs to fast and pray “in view of the glaring failure” of the Federal Government to protect lives of Christians in Adamawa and the rest of Nigeria.

Two prominent Christian leaders, as well as a journalist, were killed around Adamawa State within one week recently, the most recent being the beheading of Andimi on Tuesday.


Boko Haram had beheaded Adimi after rejecting a N50 million ransom offer because it fell far lower than their demand.

He was attacked on January 2 during an attack on the town.

Earlier, a pastor and politician, Rev Denis Magauri, was killed by at his residence in Mayo Belwa while a broadcaster with Radio Nigeria’s Fombina FM, Mr Maxwell Nashion, had also been killed by persons the police are still investigating.

Mamza, the CAN state chairman who is also the Catholic Bishop of Yola, urged all Christians in the 21 local government areas of Adamawa State to participate fully in the prayer and fasting session.

Also making what is viewed as a significant move on Thursday, Governor Ahmadu Fintiri paid a condolence visit to the family of late Lawan Andimi in Michika and pledged support to the bereaved.

The governor said the state government will sponsor the education of the children and provide other necessary palliative measures to the family.

The governor was also at the headquarters of Andimi’s church, the Eklissiyar ‘Yan’uwa A Najeriya (EYN) in Kwarhi, Hong local government area, where he condemned the murder of the cleric, consoled all members of the EYN, and urged them to bear it with courage.

The Governor said his administration is doing its best in ensuring the society is safe and has given security agencies in the state adequate support in that regard.

Responding, The National President of EYN, Reverend Joel Billi thanked the Governor for identifying with the Church members during their moment of grief.