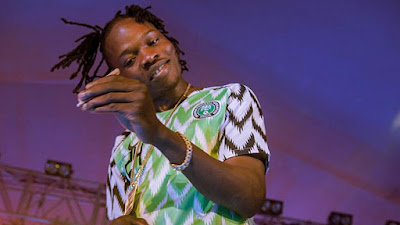 Rave of the moment, Naira Marley has said the federal government is creating conditions for trouble by “neglecting youths on the street”.

The 25-year-old music star took to his Twitter page to reveal this, stating that the youths have “no future” because of the government’s alleged inability to “support them”.

According to the ‘Tesumole’ crooner, by not giving the needed attention to the youths, governments at various levels are overtly birthing an atmosphere with grave consequences.
“Our government’s creating conditions for trouble (that can have dramatic consequences)Neglecting youths on the street with no hope, no support and no future,” he  stated.

As expected some of his fans were displeased,wondering why he started commenting on national issues.


The controversial singer’s comment comes about the same time he urged ‘Marlians’, a coined name for his enthusiastic fans, to enjoy their youth but ensure they don’t destroy their future.

“As a Marlian u have to enjoy your youth but don’t destroy your future,” he had said.

The rhythm of Marley’s career changed when he rode to fame last year on the wave of his protracted legal battle with the Economic and Financial Crimes Commission (EFCC).
The anti-graft agency had arrested him on account of his controversial 2019 track and social media comments alleged to have endorsed cybercrime.

The singer had also gotten embroiled in a fresh groundswell of controversy after a Lagos court ordered his arrest over alleged car theft. The case was later dismissed.