FG budgets N4bn for Ajaokuta steel, another N310m for its concession 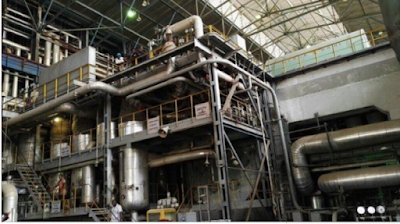 The federal government earmarked N3.79 billion for Ajaokuta Steel Company in the 2020 budget.

According to budget documents seen, N3.607 million of that amount would be for recurrent expenditure during the year while N188.5 million would go into capital expenditure.

The allocations were made even though the steel plant located in Kogi state has never functioned since its construction.


In 2019, Abubakar Bwari, minister of state, mines and steel development, said the plant had reached 98 percent completion, and that it would start functioning when the infrastructure required such as rail, dredging of Lokoja and Warri ports are completed.

Besides the N3.79 billion, another N309.9 million was allocated to concession the steel company.

This comes less than a year after a bill seeking to halt the concession process was rejected by President Muhammadu Buhari.

The house of representatives had asked Buhari to direct Kayode Fayemi, then minister of mines and steel development, to stop the process of concession. The plant is said to have gulped $5.1 billion.

The failure of the green chamber to convince the federal government to shelve the plan to concession the company led to the introduction of that bill which also sought to complete it.

One of Buhari’s campaign promises in 2015 was to ensure the resuscitation of the plant.