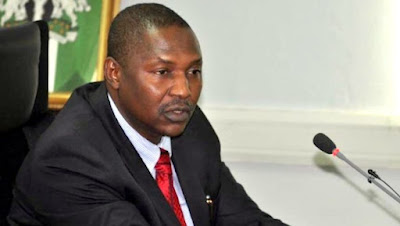 Nigeria’s Federal Government has reacted to Transparency International’s (TI) report which placed the country at 146 of the 180 countries on the 2019 corruption perception index.

After more than four years of anti-corruption campaign by the Buhari administration, Nigeria was ranked 146th out of the 180 countries surveyed by the group, one of the worst ranking in the last few years. Nigeria was 144th in 2018.

The CPI ranks 180 countries and territories by their perceived levels of public sector corruption, drawing on 13 expert assessments and surveys of business executives. It uses a scale of zero (highly corrupt) to 100 (very clean).

However, reacting to this development, the Attorney-General of the Federation (AGF) and Minister of Justice, Abubakar Malami said the facts on the ground did not correlate with the information dished out by Transparency International.

Speaking in an interview on Channels Television’s Lunch Time Politics, Malami said as far he is concerned “the empirical evidence” did not support Transparency International’s report.

The Attorney General said in terms of the government’s fight against corruption, more has been done.

“Our resolve to fight corruption is inherent and indeed devoid of any extraneous considerations, we will continue to do more and we will double efforts,” he said.

Malami added that there was nothing that has not been done as a nation in the fight against corruption.

Malami challenged Transparency International to provide indices and statistics from which the organisation adjudged that Nigeria is not doing enough in its fight against corruption, adding that for a conclusion to be legitimate, then there has to be specific facts and figures to establish a position.