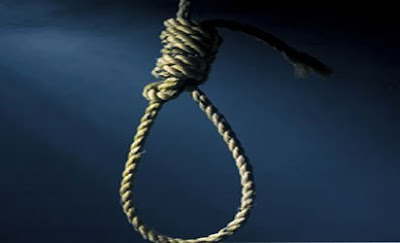 The Nigeria Security and Civil Defence Corps (NSCDC) in Oyo State has arrested a 41-year-old father for allegedly hanging his 10-year-old daughter to the ceiling over theft of N3,000.
The Oyo State NSCDC Commandant, Iskilu Akinsanya, who disclosed this on Monday in Ibadan, said the victim’s step mother was also arrested.
Akinsanya, who paraded the suspects, alleged that the father of the victim and his wife jointly tied her to the ceiling and set fire underneath her until she confessed to the theft.
The commandant said that the Anti-human Trafficking and Child Protection Unit of the corps arrested the suspects at Olupo in Amuloko area of Ibadan.
He said that the victim allegedly stole N3, 000 belonging to one Rukayat Trimisiyu out of which N600 was found in her bag.


“It was gathered that the victim later brought the remaining N2, 400 from where it was hidden in the house.
“The victim is currently at the hospital receiving treatment as a result of the injury caused by the fire,’’ Akinsanya said.
The commandant called on parents and others who engage in such acts to desist from taking laws into their hands, adding that NSCDC would not condone any resort to sell help.
He said that the suspects would be charged to court as soon as investigation was completed.
Speaking with newsmen, the father of the victim said that his intention was to scare her into confessing to the theft and not harm her.
He described himself as a caring parent, adding that he did not know that the fire would burn the victim.
The suspect, who said that he and the mother of the victim had separated three years ago, pleaded for leniency.
The stepmother of the victim, however, claimed that she did not participate in torturing the victim.