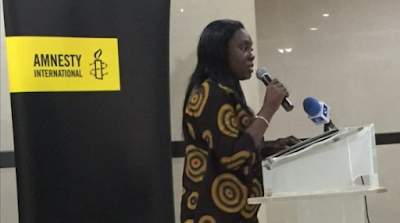 Amnesty International says the “failure” of the Rivers state government to protect residents from violent gangs has led to the loss of many lives.

The organisation, in a statement on Thursday, said it is deeply concerned that the authorities are doing “little or nothing” to address ongoing violence in the state.

Citing communities like Khana and Gokana local government areas, AI said at least 60 people were killed across the state in 2019.

Osai Ojigho, director of AI Nigeria, said findings by the organisation showed that the government is still not doing enough to protect people in these communities.

She said killers are literally getting away with murder while no one is being arrested or punished for these crimes.

“The authorities have failed to bring those responsible for these horrific crimes to justice and have allowed a climate of impunity to fuel further violence,” Ojigho said.

“The government has an obligation to defend and protect the people; its failure to provide security for people in Rivers state especially in Emohua, Khana and Gokana local government areas and its failure to investigate and prosecute those responsible for these killings created an atmosphere of fear and bloodshed in the region.

“In few cases where the Nigerian security agencies did respond to the armed gang clashes, their response is always slow and inadequate. Residents informed Amnesty International that gang clashes usually last for 2 – 3 hours while security forces always arrive hours after the clashes ended.

“The Nigerian authorities must perform their duty of providing security and must ensure justice through impartial and independent investigation, and adequate reparations for the victims of this violence, including the families of those killed.

“We call on the Nigerian authorities to take more robust action to stop these attacks by investigating every clash and bringing perpetrators to justice.”