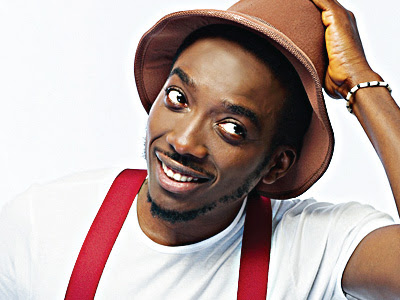 Nigerian comic and actor, Bovi has fired back at popular social media influencer, Tweetoracle for not comprehending a joke he shared about titans being responsible for his failed visa application.

It all began after Bovi was asked what he would do if he wakes up as the President of Nigeria and he joked that he would “declare Marlians and Titans as terrorist organization.”

After Bovi’s joke on Instagram, he returned to Twitter to make another joke about his visa application being rejected and he blamed Titans for it.


He tweeted: “The US embassy rejected my visa application this morning. These Titans are everywhere!”

A Twitter influencer, who is also a fan of Tacha, reacted asking Bovi what Titans have got to do with his unsuccessful visa application. He went on to accuse Bovi of seeking attention with Tacha’s name.

However, Bovi fired back at him, saying he has tunnel vision.