FACT CHECK: Did the court grant Fayose permission for treatment or medical check-up? 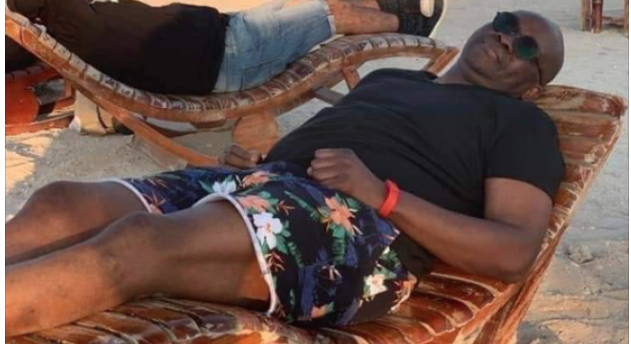 On Wednesday, a video of Ayodele Fayose, former governor of Ekiti state, dancing on a cruise ship while on “medical trip” abroad trended on social media. In the video, Fayose was seen dancing Salsa with a lady. Earlier, pictures of him relaxing at a beach had surfaced online. This resulted in a backlash from Nigerians who said the former governor, currently on trial for alleged money laundering, deceived the court so as to go abroad.

Kayode Ogundamisi, a social media commentator, had taunted Fayose, saying the ex-governor was “exercising in a foreign hospital”.

.@GovAyoFayose "exercising" in a foreign hospital after being granted permission to take a break from corruption trial to travel for "highly urgent medical treatment" by a Nigerian court. https://t.co/nF7nkcFTls pic.twitter.com/uT0s6OsQev
— Kayode Ogundamisi (@ogundamisi) December 31, 2019

Alongside Spotless Limited, his company, the Economic and Financial Crimes Commission (EFCC) had arraigned Fayose before a federal high court in Lagos over charges bordering on money laundering. The anti-graft agency filed 11-count charge of receiving cash payment of $5 million from Musiliu Obanikoro, then minister of state for defence, without going through any financial institution. The EFCC said the money exceeded the amount allowed by law. Fayose and one Biodun Agbele were also alleged to have taken possession of N1.2 billion for the purposes of funding his gubernatorial campaign. He had pleaded not guilty to the charges.

Fayose had told the court that he was sick. Ola Olanipekun, his lawyer, pleaded with the court to allow the former governor travel abroad for medical treatment. On December 7, Chukwujekwu Aneke, the presiding judge, granted Fayose permission to travel abroad for medical treatment. But while responding to the backlash over his recent pictures abroad, Fayose, gave the impression that he only went outside the country for medical check-up.

He had told his critics to “hug a transformer” if they were unhappy with the way “I am enjoying my life”.

“These ‘hailers’, when I was on their case, they were crying. Now I am on my lane, enjoying my life, they are still crying and sucking, ” he had tweeted.

“Expect more so you can cry more. I’m on medical check up not admission. Celebrating New Year is my right. Haters can hug transformers. Happy New Year.”


These "hailers",when I was on their case,they were crying. Now I'm on my own lane enjoying my life, they are still crying & sucking.Expect more so you can cry more. I'm on medical check up not admission. Celebrating New Year is my right, haters can hug transformer.
Happy New Year
— Peter Ayodele Fayose (@GovAyoFayose) January 1, 2020

CONCLUSION
According to the medical dictionary, medical treatment means the management and care of a patient to combat disease or disorder while medical check-up refers to thorough physical examination of someone which includes a variety of tests.

The former governor did not seek permission for medical check-up; he asked the court to allow him seek treatment abroad and his prayer was granted.