Entrepreneurial University takes off in Enugu 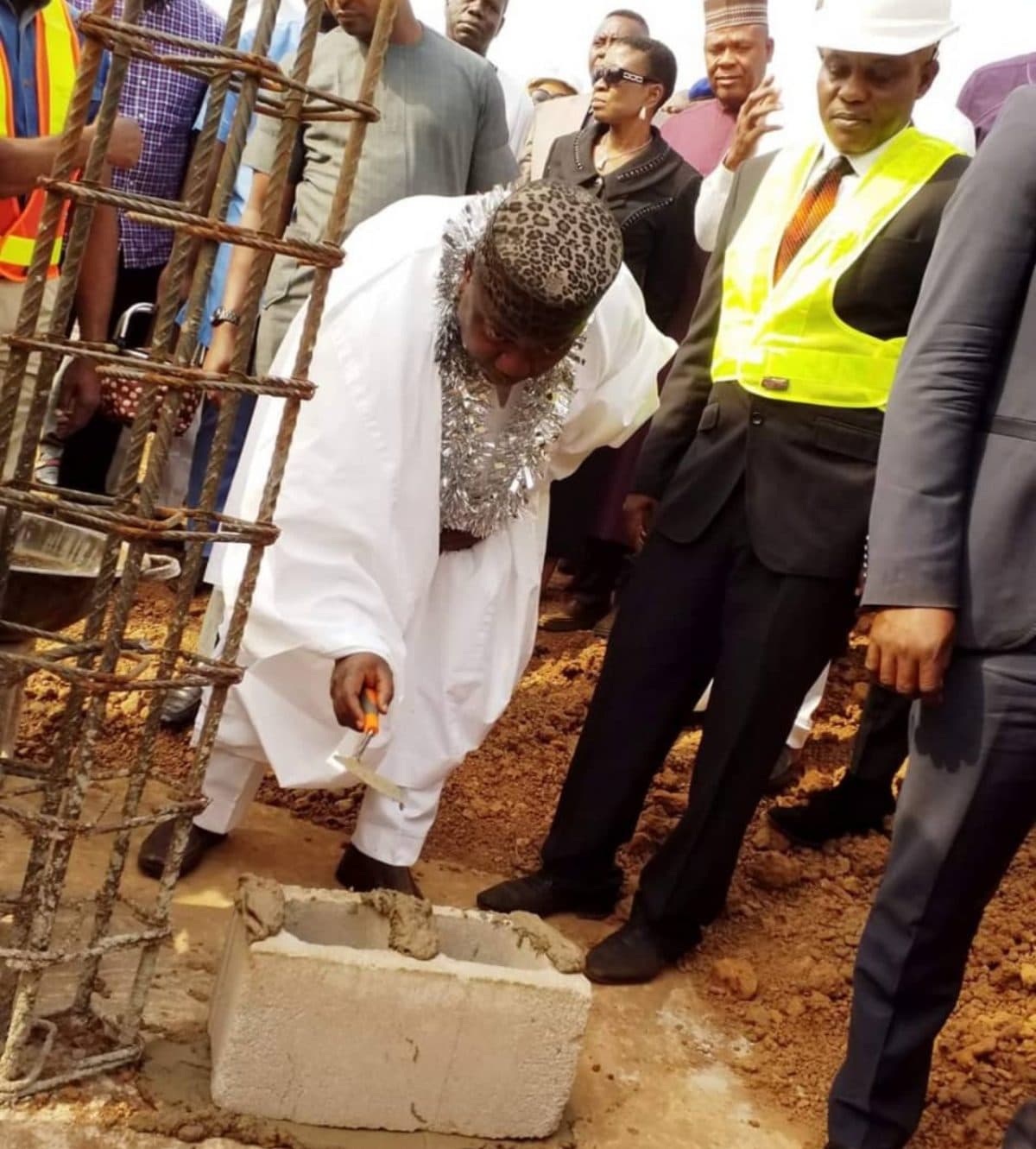 History was made in Enugu State, weekend, as Governor Ifeanyi Ugwuanyi laid the foundation of Samuel Maduka University, Agu-Ekwegbe in Igbo-Etiti Local Government Area of the State.

In his speech, Gov. Ugwuanyi expressed delight at the driving spirit of Dr. Onyishi in envisioning a University that is entrepreneurial in content, describing it as another milestone achievement.

The Governor, who congratulated the founder of the University for his courage and vision in establishing the institution, reiterated the premium his administration places on education as one of its cardinal policies.

He stressed that this “is why in almost five years, education has taken the second position, only after Works and Infrastructure, in the state capital budget portfolio”.

Gov. Ugwuanyi added that his administration has provided a conducive environment for teaching and learning in both primary and secondary schools across the state and also “ensured that our tertiary institutions are functional and stable”.

The governor therefore expressed optimism that the University when completed, will create employment, especially for the youth as well as provide the much-needed manpower for the industrial and technological growth of the country.

“As we are aware, one of the greatest challenges of this country is youth unemployment. An entrepreneurial University will address the issue of youth unemployment by making graduates not only to be self employed, but also employers of labour themselves.

“I, therefore, salute the courage and vision of this consummate entrepreneur, Dr. Samuel Maduka Onyishi in proposing this entrepreneurial University. This is where Nigeria should be in a technology-driven 21st Century”, he said.

He assured that the State Government would give all the needed support to the University.

Earlier in his address, Dr. Onyishi who thanked God for his goodness and appreciated the entire members of his family for their support, prayers and motivation, also applauded Gov. Ugwuanyi for his “presence, unconditional support, encouragement and solidarity”.

Dr. Onyishi revealed that he did not conceive the University as another business, but “as a social service which should improve the lives of people of all races, mould for limitless attainments, children of all people of the world, irrespective of creed or class”.

He pointed out that “the vision is to have a citadel of learning in all ramifications, founded on the best principles and run on the best ethical practices”, maintaining that the institution is determined to build structures that would stand the test of time.

He equally appreciated the host community for providing the enabling environment for the project, reiterating his commitment to the take off of the University.

In their goodwill messages, the Senator representing Enugu North Senatorial District, Senator Chukwuka Utazi and the Transition Committee Chairman of Igbo-Etiti LGA, Hon. Ikenna Nwodo, commended Gov. Ugwuanyi and the proprietor of the University for their foresight and commitment to education and pledged their support towards the success of the project for the wellbeing of the people.