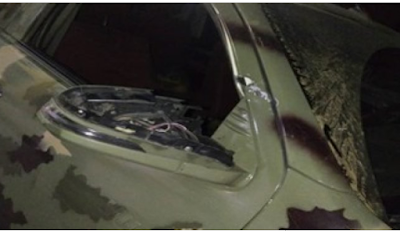 A driver attached to Olusegun Adeniyi, commander of operation Lafiya Dole, may have been killed in an attack by Boko Haram insurgents on the commander’s convoy.

The incident happened on Monday when Adeniyi, a major-general, was on his way back to Maiduguri after a visit to Jakana, Borno state, where the insurgents struck on Saturday.

Military sources in the area said the commander came to encourage troops to fight on, and on his way back around 7pm, the insurgents opened fire on his convoy.

“It was a heavy fire, and we learnt the commander’s driver may have died in the hospital,” one of the sources said. 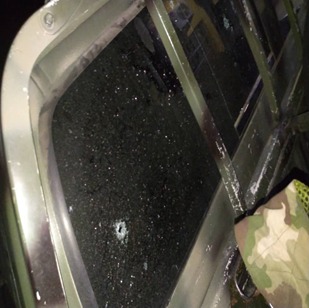 Confirming the attack, Aminu Iliyasu, army operations media coordinator, in a statement on Tuesday, said the commander led his men to repel the attack, and that wounded soldiers are responding to treatment at hospital.

“The Theatre Commander’s convoy came under the criminals ineffective and uncoordinated fire from Anti-Aircraft Guns, Machines Guns, Rocket Propelled Grenades and some of their foot soldiers about 2 Kilometers to Auno in Kaga LGA of Borno State while returning from Jakana where he visited troops’ location following his earlier meeting with the Executive Governor of Borno State, Professor Babagana Umara Zulum at Auno,” he said.

“Thereafter, the Theatre Commander Major General Olusegun Adeniyi and his convoy continued their trip and have since returned safely to the Headquarters Theatre Command Operation LAFIYA DOLE in Maiduguri. Regrettably, 2 soldiers were wounded in action during the encounter. The Wounded soldiers are currently receiving treatment at a military medical facility and are responding positively to treatment.”