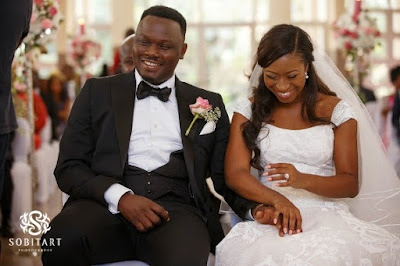 Simi took to her Instagram page this morning and confirmed they are heading for a divorce and moving forward as co-parents.

In her statement, Simi also reacted to reports she that was violent towards Dr Sid in their marriage and that she has stopped him from seeing their two daughters, Sydney and Sarah.

Read her statement below; 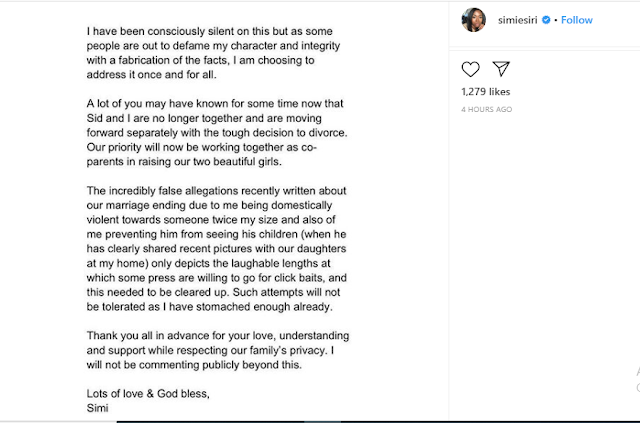 The news of the estranged couple who got married in August 2014, first made headlines three years ago that their marriage had crashed marriage after his wife moved out of their home and was spotted without her wedding ring.

Reports say the marriage reportedly crashed due to Dr Sid’s financial status at the time.

However, in 2018, the couple were spotted at Dolapo Oni’s baby’s dedication.