Death toll ‘rises to 106’ as coronavirus spreads to 15 countries 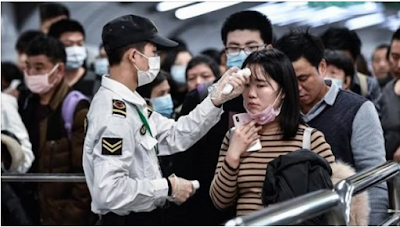 About 106 people have died and more than 4,515 cases have been confirmed in mainland China, as coronavirus spreads across Asia and the rest of the world.

A total of 2,014 cases were confirmed globally as of Sunday with victims in 15 countries excluding China.

According to CNN, authorities in Hubei, the Chinese province at the centre of the outbreak, said an additional 1,300 cases have been confirmed, bringing the total number in the region to over 2,700. The majority of those are still in hospital, with more than 125 in critical condition.

CNN also reported that cases have been confirmed in every province and territory in China except for Tibet, which this week announced the indefinite closure of all tourist attractions and a mandatory two-week quarantine for all travellers entering the region.

CNN quoted William Schaffner, an adviser to the US Centers for Disease Control and Prevention, to have said the infection is much more contagious than they originally thought.

“This is worse than we anticipated,” he said.

Zhang Jun, China’s ambassador to the United Nations (UN), however had said his country has the full capability and confidence in winning the battle against the epidemic.

“Putting the interests of the people first, China has taken rapid and strong measures, putting in place a nationwide prevention and control mechanism,” he said.

He added that “China has been working with the international community in the spirit of openness, transparency and scientific coordination. With a great sense of responsibility, China is sparing no effort in curbing the spread of disease and saving lives. Now is a crucial moment, and China has full capability and confidence in winning the battle against the epidemic.”

Nigeria had intensified screening at the different ports in the country following the outbreak.

Coronaviruses are a large group of viruses that are common among animals. In rare cases, they are what scientists call zoonotic disease, meaning they can be transmitted from animals to humans.

A form of the disease, described as severe acute respiratory syndrome (SARS), was first identified in the 1960s from the nasal cavities of patients with the common cold. But on December 31 2019, a new strain of this virus was reported in Wuhan, China.