Court orders EFCC official, 6 others to appear in Alao-Akala trial 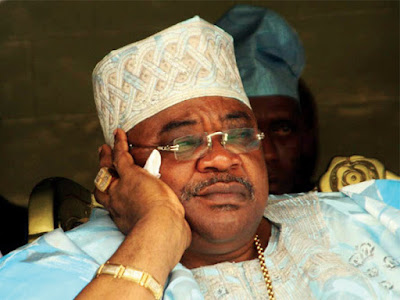 A High Court in Ibadan on Thursday ordered an official of the EFCC,  Mr Muhammed Goldy, to appear to testify in the alleged N11.5 billion fraud case filed against former Oyo State Governor, Adebayo Alao-Akala and two others.

Justice Olalekan Owolabi issued the summons on the defendants, after the EFCC counsel, Dr Benedict Ubi, prayed the court for the order.


Others are Mr Ademola Ojo of No 4 Bodija area, Mr Thomas Oladokun from Oyo State Ministry of Local Government and Chieftaincy Matters and Director , Federal Ministry of Works in-charge of Oyo and Osun States.

The judge held that the application moved by the prosecutor was a bit late, but it was proper to grant it in the interest of fair hearing.

The judge also held that the application to close the case of the prosecution, earlier moved by the defence counsel, would amount to denying the prosecutor fair hearing.

He adjourned the case untill Feb. 14 for continuation of hearing.

Earlier, the prosecutor had informed the court that several efforts made to invite the witnesses from the Oyo State Ministry of Finance, Ministry of Local Government and Chieftaincy Matters and others who are contractors in the execution of the project, failed.

Alao-Akala and Babalola’s counsel, Hakeem Afolabi, SAN, prayed the court to close of the prosecution’s case.

Afolabi said that his clients were arraigned in 2011 and the case has been on for eight years.

He said that trial commenced on June 29,2018, 19 months ago, and the prosecution only called two witnesses since then.

Afolabi said that the defence cannot continue to wait for the prosecutor and applied that the case of the prosecution  be closed.

Agboola’s counsel, Richard Ogunwole, SAN, aligned with the submission of Afolabi, adding that the prosecution was not prepared to go on with the case.

The defendants had pleaded not guilty to the charges and had been granted bail.