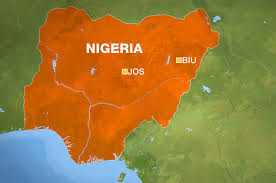 Many residents of Jos, Plateau State, have lamented the extremely cold weather being experienced in the city.

Cold weather has always been part of Jos, a yearly experience for those who live in the capital city and some parts of Plateau State.

But residents said the weather that had hit the state in 2020 was freezing unlike in the past.

The Nigerian Meteorological Agency reportedly said the temperature reached an all-time low of 6.7 degree celcius in the past week, adding that the cold season, which began in late December, might persist till March.

The cold weather has not only kept the residents indoors but has affected business activities and way of life.

A resident, Mrs Rhoda John, who lives in Dadin Kowa community, said she had only gone out to the market once since the weather nosedived last week.

She said, “I have been wearing thick warm clothes which I bought from the market last week but the cold would not allow me to go out again. I wanted to go back to my shop after the New Year break but I am unable to do so because of the cold. Even when I lie on the bed, it is as if somebody has poured water on it.”

A parent, Mr Haruna Muhammad, said he had stopped his children from going to school because of the cold weather.

He said, “Initially, I thought that the cold weather would just go away after a while but it has not. You could imagine my situation when one of my children, who went to school, was rushed back home as his body was shaking because of cold. I stopped them from going to school until the weather improves.”

Similarly, a civil servant, Mr Andrew Dalyop, said he had resorted to going to work late due to cold weather

However, it was a different situation for some residents, especially traders who deal in warm clothes.

A visit to the Terminus Market in Jos and other adjourning streets showed that business was booming.

A trader, Mr John Ferdinand, who display his wares on Rwang Pam Street, told newsmen on Thursday that he had recorded more sales since the extreme cold weather set in.