CAN disowns pastor arrested for staging self-kidnap in Kaduna 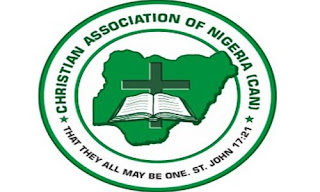 The Kaduna chapter of the Christian Association of Nigeria has said the supposed pastor, who faked his kidnap at the Trikaniya and the Kudandan areas in Chikun Local Government Area of the State, was not a pastor as claimed.

The CAN Chairman in the State, Rev. Joseph Hayab, made this known in Kaduna, the state capital on Thursday.

The operatives of the Kaduna State Police Command had arrested the purported pastor and his accomplice for faking the former's kidnap in the state.

A statement by the State Police Public Relations Officer, DSP Yakubu Sabo on Wednesday, had given the names of the suspects as Pastor James Clement and George Otokpa, alleging that they demanded the sum of N5m from Clement's family.

However, on Thursday, Hayab said Clement was not a pastor after all.

In a statement obtained by newsmen, Hayab said, "Any pastor or Christian who fake his kidnapped or is confirmed to have any dirty business to do with kidnappers should be arrested and prosecuted.

"Kidnappers have cause us pains and sorrow and our faith and association will not support or defend evil.

"I have checked and established that the suspect arrested for staging his kidnap alongside his collaborators do not pastor any church.

"Some of them are roadside artisans who are claiming to be clergies when their businesses are not moving well. How can a true pastor plan to defraud his family by faking his kidnap? This is unchristian and no culture in our dear country support such evil behaviour.

"We salute our security for arresting him and exposing people like him. We hope and pray they will go after more bad eggs in our community and arrest them.

"This will help to sanitize the community and separate good from Evil. We are appealing to our members and the general public to help in exposing people with dubious attitudes around them."