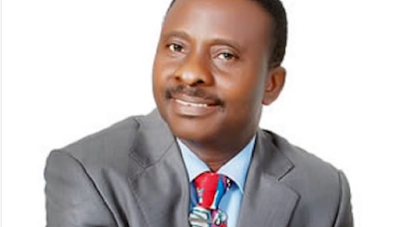 The leadership of the Christian Association of Nigeria CAN has declared January 31st and February 2nd, days for National fasting and prayers for Christians in Nigeria.

Speaking to newsmen in Abuja, CAN president, Reverend Samson Ayokunle, said Christians are expected to use those days to pray for God to stop the incessant killings of Christians in Nigeria.

Ayokunle made this known while reacting to the recent killing of CAN chairman in Michika local government in Adamawa state, Reverend Lawan Andimi.

Ayokunle while announcing the days for the fasting and praying, said

"The CAN leadership has declared Friday, January 31 to February 2, 2020 as days for special fasting and prayer for Nigeria in all churches, home and abroad, for the gruesome killing of innocent Nigerians to stop and for our government to develop the capacity to overcome the criminals troubling the nation.

"Sunday, February 2, 2020, is declared a special prayer walk by Christians in all the states of the federation in the form of a procession to be led by states CAN chairmen at CAN secretariats and pastors of churches in all churches in Nigeria.

"Churches should process round their area, pray for God’s permanent intervention and help from all over the world so that all of us might not be consumed one by one.

"It appears our government is completely overwhelmed. The brutality of Nigerians is happening unabated daily.

"All bloc leaders, zonal and states chairmen, leaders of denominations and all Christians and concerned Nigerians should support and come out en-mass for the programme.

"The church is matching on and the gate of hell shall not prevail against it!" Ayokunle said

The CAN leader also called on the Federal government to suspend the rehabilitation and release of arrested Boko Haram members.

The victims of the consistent attacks should be assessed and adequately compensated. The victims in various IDPs be provided with adequate security and enough resources for continual survival. It is painful and a betrayal to note that the government gives more attention to so-called repentant terrorists than the victims of their evil with the claim that they are being reinstated and rehabilitated, even into the Nigerian Army. This is a major contradiction." he said