CAF Awards: Why we voted against Asisat Oshoala – NFF Reps 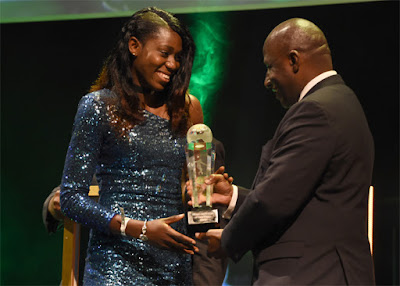 Some officials of the Nigerian Football Federation, (NFF), who all voted against Barcelona star, Asisat Oshoala in the recently concluded CAF awards, have responded to the backlash from Sports analyst and other Nigerians.

Social media users have been unrelenting in their criticism of NFF Reforms Committee members Osasu Obayiwuana and Chisom Mbonu for shunning Asisat Oshoala for Malawi’s Tabitha Chawingwa as their first choice in the votes.

Defending his decision to vote against the Super Falcons star, Obayiuwana said that he believes that Oshoala is not the best female African footballer at the moment and as such isn’t deserving of the accolade.

“Right, I understand that some members of Nigerian media are unhappy that I didn’t vote for Asisat Oshoala to become the @CAF_Online AFOTY. That’s a shame. But I am not obliged to vote for her.


“Congratulations to her, on yet another title. But in my opinion, Tabitha Chawinga is the best woman footballer in Africa, bar NONE. The only reason she is not winning the AFOTY title is because she’s Malawian. And they don’t play in the @CAF_AWCON.

“My duty, as a voter, is not to Nigeria, but to African football. If I think a Nigerian player is the best, I wouldn’t hesitate to vote for him or her. But I wouldn’t vote for them just because they are Nigerian. I have a professional reputation to protect, in all that I do,” he explained.

Chisom Mbonu said she voted against Oshoala based on ‘facts and stats’ and doesn’t mind the backlash.

“I voted the way I felt was right based on facts and stats. The backlash is expected. Even the insults. But, it is everyone’s right to post and feel as they do. I have received praises from people in the past and I will take the bashing now. That’s life,” she wrote on Twitter.

Despite the curious snub from her compatriots, Asisat Oshoala was named Africa’s Best Female Player for the fourth time at the CAF Awards ceremony in Egypt on Tuesday 7th January 2020.
She claimed the award, but all thanks to the media and other Countries’ football federations who voted for her.