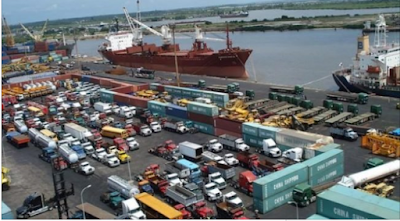 He made this known while speaking on “Railway Infrastructure: Progress and Plan” at the 2020 national economic outlook in Lagos, on Tuesday.

The minister said the new seaports will in Bonny, Rivers, and in Warri, Delta state.

He added that Buhari has also assured him that a railway will be constructed from Port Harcourt, Rivers state, to Maiduguri, capital of Borno state.

He said the current administration is more business friendly, saying several infrastructures wil be completed before the end of the tenure.

“We will provide railway for Port Harcourt to Maiduguri, the President has assured me. We are discussing and announcement would be made on the project soon,” he said.

“The president has also approved the construction of two new seaports. One in Bonny and another in Warri. The first deep seaport we will have in Nigeria is already being built in Lekki. There’s one being proposed by the Akwa Ibom State government. I think they call it Ibom Seaport. I have told them to bring it and I will give them all the backing they need.

“I tell people that this government is by far more business friendly. We would leave as much infrastructure for Nigeria.”

He said the area of cargoes will be looked into to ensure adequate transportation of goods across the country.

“Nigerians are mostly particular about human transportation, how they can commute from Lagos to Ibadan daily, but the most important is actually for moving cargo to enhance productivity,” he said.

“We would also look at policy to ensure that after building the railways, there are certain cargoes that will not be allowed on the roads, to encourage movement of cargo on the rail lines and to ensure that our roads last longer… Moving cargo across the country through rail would be cheaper and faster than the roads.”

He said the security of Nigerian waters and goods moving on it will be catered for.

Amaechi disclosed that three helicopters, two airplanes, and four to six drones will be provided for maritime security.

“We are trying to put in place, 3 helicopters, 2 airplanes, 4 to 6 drones, 24 hours, we will be in the air, watching Nigerian waters from Lagos to Calabar,” he said.

“We will be training soldiers, because this time we said not just the Navy, we want soldiers to come in, we want SSS, police, we want Airforce to come in.

“So for 24 hours, from my office, I can see Nigerian waters from beginning to the end.”