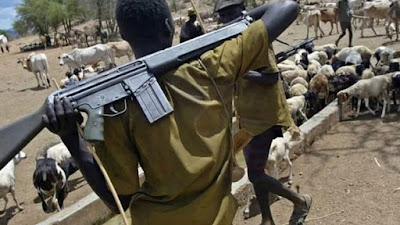 The Plateau Police Command, said gunmen, suspected to be herdsmen, on Thursday, killed 12 persons and injured one at Kulben village of Kombun District of Mangu Local Government Area of Plateau.

DSP Terna Tyopev, the Police Public Relations Officer (PPRO) of the command, made this disclosure to the News Agency of Nigeria in Jos.

According to Tyopev, the incident occured in the early hours of Thursday.

“In the early hours of today, we received a distress call that gunmen, suspected to be herdmens attacked Kulben community of Kombun District of Mangu.


“As a result, 12 persons lost their lives and one severely injured.

“Immediately we received the information, the commissioner in charge of the command, Mr Isaac Akinmoyede, directed the DCP in charge of Operations, Mr Aliyu Tafida to mobilise to the scene.

“As I speak, our team of detectives and other officers are in the scene of the crime to prevent further attacks,” he said.

He called on residents of the community to remain calm and be law abiding, adding that the police and other security agencies would do everything possible to bring the perpetrators to book.

“No arrest is yet to be made, but we are doing everything possible to ensure the criminals are arrested and made to face the full wrath of the law,” he assured.

He called on the public to provide the police with useful information that would enable them track down the perpetrators.