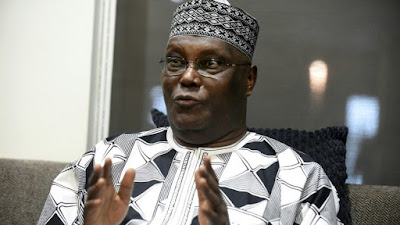 Atiku made the call while condemning the bomb attack in Gamboru, Borno State by suspected Boko Haram members.

In a tweet, the former Vice President expressed sadness over the bomb attack, left about 30 people dead.

He wrote: “I am saddened by reports of the death of no fewer than 30 people in a bridge bomb attack in Gamboru, Borno State. May the souls of the deceased rest in peace and their families comforted.

“Security must be beefed up across border towns. -AA”

No fewer than 38 corpses were counted as at Tuesday morning with more than 30 others injured in Gamboru Ngala following a bomb explosion targeted at people returning home from the market at the foot of the bridge linking Nigeria and Cameroon Republic.

The incident was confirmed by Goni Malam Usman, a leader of the Nigerian community who fled Gamboru to settle in the Cameroonian side.

Usman disclosed that the bomb detonated at around 3:00 p.m. when civilian JTF both on the Nigeria and Cameroon side were controlling crowd at the bridge.