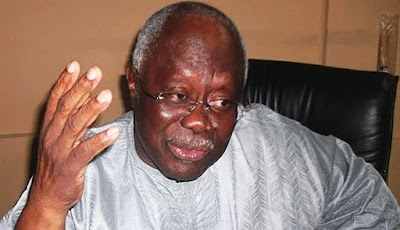 The race for the 2023 presidency may have begun in earnest as a former Deputy National Chairman of the Peoples Democratic Party (PDP), Chief Bode George indicated an interest in the number one position in the land.

Though the PDP leader in Lagos is yet to formally announce his intention, some of his supporters and close aides have started mobilising for him.


The group is led by Prince Uthman Shodipe-Dosumu, a Special Adviser to Bode George, as Director-General.

While relating with journalists, said a decision had yet to be taken on the party which George will contest.

He stated that he has the authority of George to announce his presidential ambition soon.

It would be recalled that George indicated interest to be the National Chairman of the party during the last convention of the party where Prince Uche Secondus emerged as the party’s Chairman.