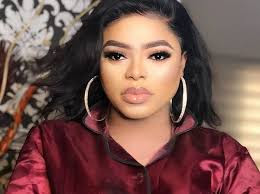 Okuneye Idris Olarenwaju, controversial internet personality and cross-dresser also known as Bobrisky, has called on his fans to disregard widespread rumours of his death.

There were rumours swirling on social media platforms on Monday morning that the self-acclaimed transgender has died.

He was said to have passed away at the Lagos state university teaching hospital. The unfounded reports claimed that he was involved in a fatal accident while returning from a party.

Clearly cheesed off, the Snapchat celebrity took to his Instagram page to hurl curses at those responsible for such speculation.

“Anyone wishing me dead will die before me. I will slay in all black to your wedding,” he wrote.