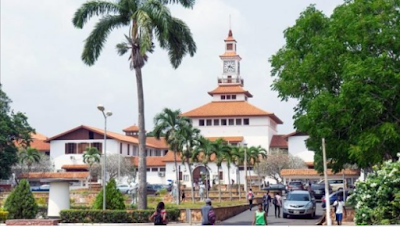 The committee established by the University of Ghana (UG) to investigate allegations of sexual misconduct against two of its lecturers exposed in the BBC sex-for-grades documentary says the piece is “misleading and sensational”.

Yaw Gyampo, a professor of political science at the University of Ghana, and Paul Butakor, a lecturer at the college of education, were seen soliciting sex from students in a 13-minute video documentary released by the BBC Africa Eye in October.

Gyampo and Butakor were referred to the committee following the release of the documentary.

According to JoyOnline, a Ghanaian news medium, the six-member committee exonerated the lecturers, saying there was no evidence that the lecturers breached the university’s policy on sexual harassment.


In its report, the committee said the evidence had a “huge variance” between the title of the documentary and the content of the actual video recording.

The committee said it does not find any prima facie evidence that satisfies “the ingredients of sexual misconduct” as stated by the university’s code of conduct for senior members.

“The title of the documentary ‘Sex for Grades’ is misleading and sensational,” the committee said in the report.

“The Committee finds that the totality of the evidence before it, there is a huge variance between the import title ‘Sex for Grades’ and the content of the actual video recording of the affected lecturers of the University of Ghana.”

The committee said under paragraphs 10.1, 12.1 and 12.4 of the code of conduct of senior members of the University of Ghana and the anti-sexual harassment and misconduct policy of the university, the victims of the sexual misconduct must be a member of the university.

However, the committee said after examining the available evidence, it found “credible evidence of misconduct” against Gyampo and Butakor contrary to paragraph 6.4 of the code of conduct of senior members of the university.

“The paragraph stipulates that ‘Academic staff shall at all times comport themselves in ways that will enhance their image and that of the University’,” it said.

“In addition, the committee also finds credible evidence of misconduct against Prof Gyampo contrary to Statute 42(1)(e) (i) of the University Statutes which states that no member of the University shall ‘(e) engage in a course of vexatious conduct that is directed at one or more specific individuals, and (ii) that is known to be unwelcome’.

“In the light of the Committee’s findings that there is credible evidence of misconduct against Prof Gyampo and Dr Butakor, should the University be desirous of taking disciplinary action against them it could do so under Paragraphs 14.1, 14.2 and 14.6 of the Code of Conduct for the Academic Staff of the University or Statute 43(2) of the University of Ghana Statutes as amended.”