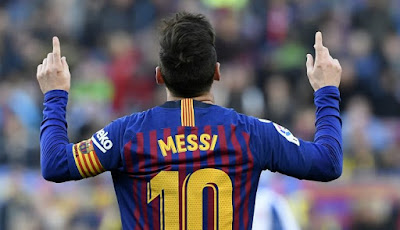 Barcelona players are banned from tackling Lionel Messi too hard, one of the club’s former defenders, Jean-Clair Todibo, has revealed.

Messi has struggled with occasional injury in recent years.

And the LaLiga champions have put in place restrictions, to protect the 32-year-old from suffering more knocks

“We all knew that he couldn’t get injured,” Todibo told German outlet Bild.

“I learned a lot from Messi and I even tackled him a few times, but I was careful not to hurt him.”

Messi did not feature in the Copa del Rey defeat of Ibiza, but should return when Barca travel to the Mestalla to take on Valenciaon Saturday.