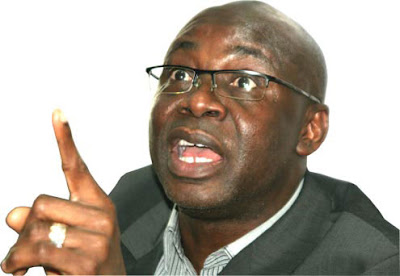 In a short address in his church, the cleric said the clarification became important following the controversy that trailed his nationwide address on January 5.


He said contrary to insinuations or misunderstandings that he asked Buhari to pick his successor, he believed firmly that accurate succession in a democracy could only be achieved through free and fair elections.

He said, “My use of the word ‘succession’ has drawn curious reactions from various quarters. Apparently, and without my participation, it has been interpreted as my asking Buhari to foist his choice on the nation in flagrant disregard of democratic principles.

“I neither did this, nor did I insinuate at any point that Buhari should ‘pick’ or ‘choose’ his successor as some news outlets have conjured.

“Succession is an expansive term that does not focus on one position alone, mindful as I am that no individual can singlehandedly solve Nigeria’s problems. Instead, it focuses on the institution of systems of predictable progress, and the sustainable replacement of capable hands with capable hands across the entire system, whether through elections or appointments.

“Unfortunately, some have chosen to place leadership succession on the one hand, and free, fair and credible elections on the other, as mutually exclusive issues when, indeed, the latter is the strategic vehicle for arriving at the former.

“In a democratic society, you cannot achieve accurate succession without free, fair and credible elections,” he said.

To achieve accurate leadership succession, Bakare said Nigeria must build and strengthen public institutions or systems that will guarantee “predictable progress and the sustainable replacement of capable hands with capable hands across the entire system, whether through elections or appointments.”

Bakare added that the consequence of inaccurate leadership succession in Nigeria over the years was that the citizens have continued to suffer, decades after the selfless sacrifices of the nation’s founding fathers, such as the late Obafemi Awolowo, Nnamdi Azikiwe, Michael Okpara and Ahmadu Bello.

He said, “Over the years, inaccurate succession has been the bane of institutional leadership in Nigeria. Decades after the selfless leadership of our founding fathers, the citizenry has remained disillusioned with the self-aggrandisement of politicians who lack the values of the founding fathers.

“In the East, they associate themselves with the giant strides of Dr Nnamdi Azikiwe and Michael Okpara, but their governance accomplishments are dwarfed compared to those of these heroes. These are signs of leadership succession failure.”