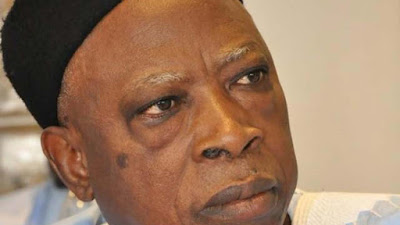 Senator Adamu Abdullahi representing Nasarawa West Senatorial District, has countered the position of the Senate Minority Leader, Eyinnaya Abaribe for asking that President Muhammadu Buhari and the All Progressives Congress, APC, be “stoned.”

Abaribe, who called for the immediate resignation of President Buhari and the APC also reminded the party that they had asked to be stoned in the event of poor performance.

He had made the call in his contribution to the Senate debate on the spate of insecurity bedeviling Nigeria.

Abaribe had alleged that the Buhari government failed in securing lives and properties as promised before the 2015 and 2019 general elections.


Reacting to Abaribe’s submission, Abdullahi said the Senate Minority Leader should be called to order.

Abdullahi said: “I take exception to the contribution by the minority leader. Abaribe should be called to order. His call for the use of stone means calling for weapon against the ruling party”.