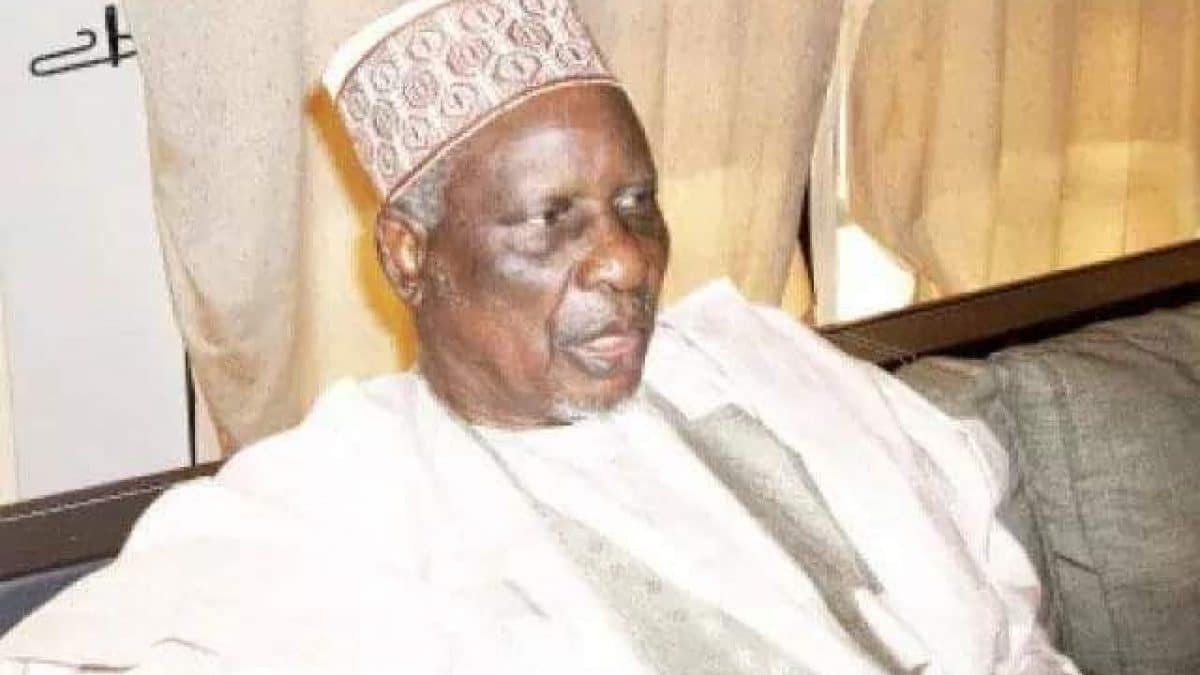 Elder Statesman and founding member of Arewa Consultative Forum, ACF, Tanko Yakasai, has warned that the Operation Amotekun security outfit set up by Southwest leaders was capable of encouraging the secession agenda in the Southeast and South-South geopolitical regions.

He described the security network as a private army in the making.

Governors of States in the Southwest had established the security outfit in a bid to reduce kidnapping, banditry and ritual killings that have thrown the region into panic.

The security outfit has since generated a lot of controversies with the Federal Government through the Office of Attorney-General of the Federation and Minister of Justice, Abubakar Malami, declaring it illegal.

However, the Federal Government, through the office of the Vice President, and Southwest leaders reached an agreement yesterday.

Yakasai, in an interview with the Sun, urged the Yoruba leaders to drop the security outfit and embrace the federal government’s initiative on national security.

“There are security challenges all over the country; it is not a matter that concerns the Southwest alone. It is in the Southeast, South-South, North Central, Northwest and Northeast, all over, killings, kidnappings, armed robberies, etc. These are not limited to a particular area, they are all over the place, nobody would doubt or dispute this,” he said.

“The way the Southwest is approaching the issue is wrong; many times a wrong approach can kill a very good project. The wrong approach was to give it ethnic dimension.

“Southwest has something positive and something negative. Something positive in the sense that they have no problem in understanding because all of them are one people; they speak the same language, they are either Muslim or Christian, they know how to relate with one another without discrimination.

“This is not the case with all the other geo-political zones. No geopolitical zone is like that, yes, I know, people would say southeast, yes, obviously, they are Igbo, they are almost the same like Southeast.

“This Amotekun is a private army in the making. A country like Nigeria that has experienced secessionist movement, and an attempt at secession, there is no doubt that so many lives of people of Nigeria from both sides were lost in that process, then Nigerians will be jittery; any patriotic Nigerian will begin to open his eyes wider seeing this kind of thing happening.

“Since the problem is nationwide, a nationwide approach should make everybody happy.

“I will prefer that approach, but I don’t accept the approach by the Southwest for simple reason that if you allow the Southwest to set up a semi-military outfit, particularly a security outfit that allows its personnel to carry guns, it doesn’t matter whether you call it Dane guns; gun is gun and nobody can assure that these Dane guns will not one day turn into proper or sophisticated guns, and you are not sure that if you give somebody a Dane gun, he will not one day go somewhere and drop it and pick a proper gun.

“To that extent, I think the approach from the Southwest was wrong; it didn’t take into consideration the sensitivity of the government and people of Nigeria.

“I’m in support of the initiative by the federal government. Southwest, Southeast, South-South, Northwest, Northeast and North Central should await the outcome of that exercise and get themselves keyed into it so that there will be synergy in tackling the problem of insecurity in Nigeria. It is a very big issue that can be addressed through synergy.”

“That Amotekun can be an ordinary word in Yoruba, but it can have so many meanings; why can’t they adopt a term that can be understood by everybody?”