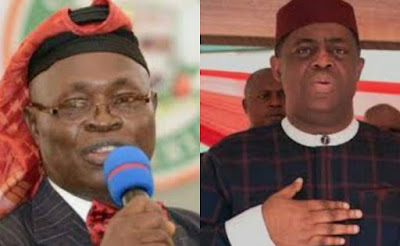 Fani-Kayode sparked off the war of words when he described Akintola as a traitor to the people of Southwest and dangerous enemy of the South.

He said the MURIC boss is a disgrace to Islam and a slave to the Fulanis.

“Ishaq Akintola is a traitor to the people of the South West and a dangerous enemy of the South. His name is Judas! Not only is he a gutless slave to the Fulani but he is also a disgrace to Islam.


“He should ask his owners and masters why they never allow Oduduwan Muslims to lead in prayer even though Islam got to the South West 400 years before Usman Dan Fodio set foot in northern Nigeria,” he said.

Akintola replied Fani-Kayode on Twitter, describing him as a religious bigot and a hater of the Muslim faith.