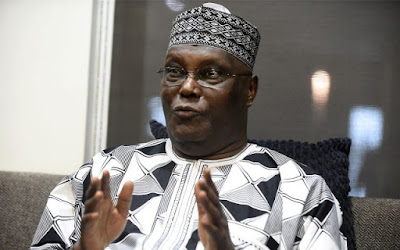 The Economic and Financial Crimes Commission, EFCC, has rubbished news that former Vice President Atiku Abubakar was arraigned for an alleged fraud of N75.3 billion.

The commission, in a statement, said its attention had been drawn to an online report which claimed that the Commission on Thursday arraigned Atikur before Justice Mojisola Dada of the Special Offences Court, Ikeja, Lagos for an alleged fraud of N75.3biilion and wished to state categorically that nothing of such took place.

“The Commission also wishes to state that no statement or press release emanated from the spokesperson of the Commission, Mr Wilson Uwujaren to that effect as claimed in the report, nor was there any involvement of any sort from the Commission’s prosecutor, Joy Amahian in the imaginary arraignment. It remains imagination of the author of the fake news.


“The Commission, therefore, urges the general public to disregard the fake news as handiwork of mischief makers,” it said.