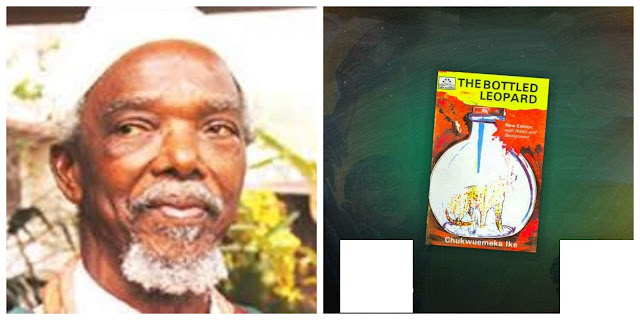 One of Africa’s literary giants, Prof Chukwuemeka Ike, has passed on.

A family source who spoke on condition of anonymity to newsmen on Friday said Ike died on Thursday. Ike until his death was the traditional ruler of Ndikelionwu in the Orumba South Local Government Area of Anambra State.

The monarch lost his only son, Osita Ike, about three years ago.

Some Nigerian writers have mourned the death of the novelist whose works, such as Toads for Super, The Naked Gods, The Potter’s Wheel, Sunset at Dawn, Expo ’77, The Chicken Chasers, The Bottled Leopard, Our Children Are Coming Home and Conspiracy of Silence, continue to provide robust discourse on African literature.


One of them is US-based writer and lecturer, Okey Ndibe, who mourned Ike on his Facebook page on Friday.

He said, “I just learned that Chukwuemeka Ike, novelist extraordinaire (author of such scintillating reads as Sunset at Dawn, The Potter’s Wheel, Toads for Supper”, The Chicken Chasers, and The Naked Gods), passed on yesterday (Thursday) into eternity. Ike, who was born April 28, 1931, had a rich life as an academic, bureaucrat, father to an only son, Osita Ike (who preceded him in death), husband (to Adebimpe Olurinsola Ike, nee Abimbolu, who survives him), and traditional leader of his community, Ndikelionwu.

“His death is a big loss to the community of writers, but his formidable body of work will keep him in the hearts and memory of readers everywhere for a long time. May he find eternal rest.’’