Afenifere invokes Olakunrin’s spirit to fish out her murderers 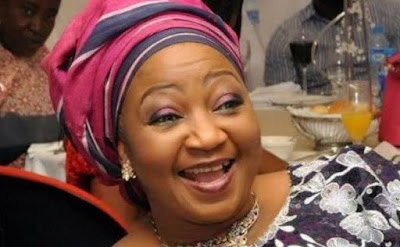 A factional Pan-Yoruba group, Afenifere, on Tuesday urged the police to find the killers of Mrs. Funke Olakunrin.

The group in a communique after its meeting held in Akure, the Ondo State capital, expressed disgust with the Nigeria Police Force (NPF) that almost seven months after the murder of its leader’s daughter, the late Mrs. Olakunrin, the police have stopped any form of investigation into the dastardly act without any briefing to the family.

It said: “We are left with no option at this stage but to conclude that she was a victim of political assassination necessitating state cover-up.”

Afenifere challenged the police to do their job on the matter in spite of their disappointment with them.


The group invoked Olakunrin’s spirit to remain restless until the killers and mastermind of her death are exposed and brought before the temple of justice.

According to the communique, only carpenters posing as lawyers will ever say that security is on any exclusive list, as there is no law that stops individuals from securing their premises, let alone state actors.

The group rejected any attempt to subsume Amotekun under the community policing scheme of the Federal Government.

Afenifere maintained that Amotekun should be independent in carrying out the security of residents of South West with defined operational cooperation with the police but not its subordinate.

“While Amotekun has now come to stay there must be no let or hindrance in the pursuit of a federal Nigeria so we can revert  to the multi-level policing status of Nigeria of the past which saw the Nigerian Railway corporation having it’s own police.

“In this regard ,we are happy with the Senate President ,Senator Ahmed Lawan declaration of support for issues in Federalism  especially multi-level policing and we enjoin the National Assembly  to see it as the urgent business of now”

The group hailed the South West Governors for standing firm on Yoruba consensus on Amotekun without blinking.

It equally appreciated other groups such as Ohaneze,PANDEF and Middle Belt Forum for standing solidly with the project as  well as

The communique also condemned in the strongest terms the lawlessness in Oyo State over local council dissolution.