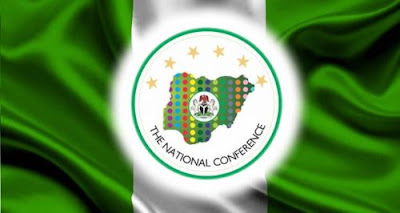 The chairman of the Pan Niger Delta Forum, Air Commodore Idongesit Nkanga (retd.), has lamented that the Buhari regime threw into ‘dustbin’, over 600 recommendations that would have moved the country forward.

Nkanga said some of the issues affecting the nation today including the Ruga cattle ranch idea were all addressed in the document.

Nkanga, who was a member of the confab, spoke while responding to issues raised by the National President of National Association of Nigerian Students, Comrade Danielson Akpan, who paid him a courtesy call in his residence in Uyo, the Akwa Ibom State capital.

He said, “In 2014, there was a national conference which brought out 600 recommendations on issues affecting Nigeria.


“492 prominent Nigerians were there and all the decisions were taken by consensus. We were witnesses when former President Jonathan handed over to Buhari’s regime and from there all the recommendations went into dustbin.

“Why are you not worried to know the things contained in the document? Some of the things we are talking about now, something like ranches, the State police etc w.ere all there in that document.”

The former military Administrator of the State regretted that people are going blind in the region as a result of gas flaring and lamented that most Nigerians who are supposed to lent voices to the this are not doing so.