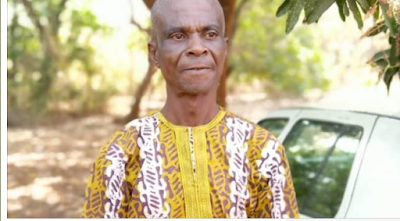 An Edo state magistrate court has sentenced Vincent Akande to 14 years’ imprisonment without fine for raping a minor.

Akande, a former vigilante, was said to have sexually assaulted the 14-year-old girl who is said to be suffering from epilepsy.

The victim was said to be by the riverside at Ososo community, fetching stones for sale, when Akande accosted and violated her.

In his ruling, Nosa Musoe, chief magistrate of the Igarra magistrate court, Akoko-Edo, said the accused was “deceptive”.

He also condemned the “outrageous” incidents of sexual assaults in the local government area.

Reacting in a statement, BraveHeart Initiative for Youth & Women (BHI), expressed satisfaction with the verdict.

BHI is a non-governmental organisation in Edo that seeks to advance young people’s health and development as well as promote women’s rights.

The statement, signed by Priscilla Usiobaifo, founder/executive director of BHI, described the verdict as “a glint of hope” for victims of sexual assault.

“This verdict offers a glint of hope for justice to sexual assault survivors in a country where security agencies, health workers, traditional stakeholders and many first responders show low interest and willingness to sanction sexual offenders,” the statement read.

”40 yrs old Vincent Akande did not only sexually assault the 14 years old victim but also threatened her with death.

“He held his hunting gun towards her and threatened to kill her in a similar manner as was a 3yr old sexually assaulted and murdered in the same environs.

“He took advantage of the victim’s vulnerability due to her disability.

“The case of Vincent Akande was reported to BHI on the 22nd of May 2019. The case was transferred to SCIID, Benin on the 29th of May and the matter arraigned in court on the 3rd of June, 2019.

“Vincent Akande’s case brings to fore the Sexual and Reproductive Health challenges of girls with disabilities in Nigeria. Vincent sexually assaulted a 14 years old girl with a medical history of epilepsy.

“The girl lacked basic education due to her medical condition and lived most of her childhood as an Out-Of-School girl. Being Out-of-School and from a poor home, this survivor has a significant vulnerability index.”

BHI said it noticed apathy in some community members when it sought to intervene in the case.

The initiative said society’s attitude to issues of sexual and reproductive rights is biased and uninformed.

“When BraveHeart Initiative initiated intervention in the case, the BHI Team noticed apathy in some community members as many of them felt Persons With Disabilities (PWD) didn’t deserve certain rights especially with regards to sexual rights,” it said.

“Many of the community members do not see reason why a PWD should report sexual assault let alone seek redress.