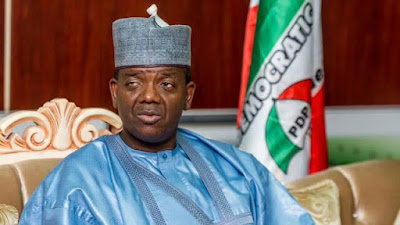 A ghost worker who by the records had retired from the Zamfara state civil service has remained on the payroll and he is now 119 years old.

The fictive centenarian is among 485 workers who were supposed to have gone on retirement but are collecting salaries.

The Commissioner for Finance, Alhaji Rabi’u Garba, disclosed this at a press briefing on Sunday in Gusau. He said the Matawalle government is determined to sanitise the payroll.

The commissioner also said he confronted the incumbent deputy governor of the state, Mr Mahdi Ali-Gusau, over allegations on social media that the he was collecting double salary.


According to him, the deputy governor denied the speculations and submitted self for further scrutiny to prove his innocence.

The commissioner, however, said on further investigations, it was discovered that “some directors of finance were involved in the racket of inflating the state’s workers monthly wage bill and pocketing the excess”.

He also revealed that the scam was more at the state Health Service Management Board (HSMB) where investigations showed that the suspended directors of finance were fraudulently selling out fake offers of employment at the cost of N250,000 to innocent job seekers.

He added that the state government was so far losing more than N216 million monthly to the racketeers.

Ali-Gusau lamented that “if utilised, the state government can employ an additional 8,000 persons and pay them salary” comfortably.

The absurdity of the 119 year-old worker was not the only one raised by Garba.
He also said the government will drag a total of 108 civil servants to court for allegedly receiving double salary in different ministries, departments and agencies (MDAs) in the state.

Garba said that the affected workers were discovered during the ongoing investigation of workers’ salary issues by the state’s ministry of finance.

He said that the exercise, under the leadership of Governor Bello Matawalle, was not to witch-hunt anybody, but to ensure sanity in the civil service payroll in the state.

“The affected workers found collecting more than one salary at different MDAs were among the 4,972 civil servants who were suspended from receiving salary for the month of December 2019 as a result of various irregularities.

“We discovered these irregularities from the payroll of November 2019 salary in the state.

“We have suspended the affected workers from collecting salary until we conclude the investigation,” Garba said.

He said the 108 workers, who were collecting double salary, would be handed over to the state’s ministry of justice for prosecution.

“We also found 109 workers whose official names are different from the names of their salary accounts.

“We discovered irregularities from 1,640 workers whose account numbers are not found in the CBN server,” he said.

“We also suspended the salary of 1,548 workers receiving salary under micro-finance banks because of various irregularities.

“We have directed them to their MDAs for proper clearance,” he added.

According to the commissioner, some of the MDAs involved in the salary irregularities in the state are Abdu Gusau Polytechnic, Talata-Mafara, Arabic and Female Education Boards, Establishment and Hospital Service Management Board.

“We have suspended the directors of finance of all the affected MDAs,” he explained.

He urged the workers in the state to be patient with the state over any inconvenience which the verification exercise might have caused.

Garba said anyone who needed clarification on the matter should visit the state ministry of finance in Gusau.