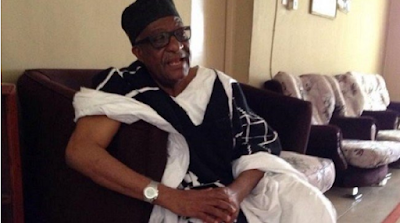 The Peoples Democratic Party (PDP) says it will soon reveal plans for choosing its presidential candidate for the 2023 general election.

Walid Jibrin, chairman of the party’s board of trustees (BoT), made this known at a press conference in Kaduna state on Thursday.

The party which ruled for 16 years had lost power in 2015 when incumbent President Muhammadu Buhari of the All Progressives Congress (APC) defeated former President Goodluck Jonathan.


Responding to questions from journalists at the press conference, Jibrin said the national working committee will consult other organs of the PDP in revealing the plans for the party’s presidential candidate.

He said although the PDP will choose its candidate from any of the zones, the focus at the moment is to unite the party to make it stronger ahead of the polls.

“I don’t think there is anything wrong to allow anybody from our three zones to show interest, but our collective decision will bring out an agreeable candidate.

“Meanwhile our focus is to work hard to unite the party by making it the strongest and unbeatable.”

Jibrin, a second republic lawmaker, also said the party will intervene in the feud between Nyesom Wike and Seriake Dickson, governors of Rivers and Bayelsa respectively.

He said the BoT committee on peace and conflict, had been directed to visit Edo, Kano, Osun, Bayelsa and other states, where there are conflicts with a view to reconcile party members.

“The PDP Board of Trustees (BoT) is making necessary arrangements to reconcile the Rivers State governor, Mr. Nyesom Nwike and Governor Dickson Seriake of Bayelsa state and indeed all the party members in order to unite the party with a view to taking over government from the ruling party in 2023,” he said.

“The disunity among the PDP governors demand urgent intervention by the party and its  highest advisory body, the BoT, which is ready to remain neutral all the time.”

The chairman said the party will focus on consultations and dialogue rather than dismissals or suspensions.

He urged PDP members to respect the dignity and consider the rules of the party as supreme.

“We should focus on politics of issues and constructive engagement. All we need now, is consultations and dialogue in solving  our problems and not dismissals or suspensions,” he said.

“All members must respect the dignity and supremacy of the party. Reconciliation should continue in the units, wards, Local governments, states and nationally.”