10:35 AM Motunrayo Ogundipe 0 Nigerians in Diaspora 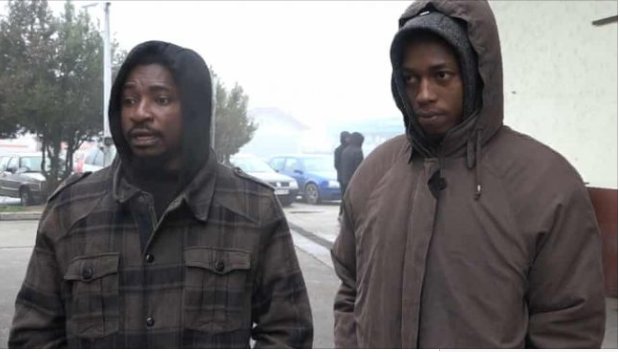 Two students of the Federal University of Technology, Owerri (FUTO), who attended an international table tennis competition in Croatia, have ended up in a Bosnian refugee camp.

Abia Uchenna and Eboh Chinedu, the students, arrived in Zagreb, capital of Croatia, on November 12, for the fifth world inter-university championships held in the country.

According to UK Guardian, the Nigerian students had participated in the competition and were preparing to return to Lagos via Istanbul, Turkey, on November 18 when they were arrested.

On the night before their departure, the 18-year-old table tennis players decided to take a walk around the country’s capital but they were apprehended by police officers who requested their documents.

Chinedu was quoted as saying attempts to explain to the officers that their documents were in the hostel where they had planned to pass the night yielded no result as they were detained in a van over the assumption that they were illegal immigrants.

“We tried to explain who we were and that our documents were in the hostel, but they took us to a police station. They paid no attention to what we were saying,” he said.

The officers later transferred the students to the country’s Bosnia-Herzegovina border, where Croatian authorities had gathered a group of illegal migrants attempting to cross into the country.

Police ordered the group to move through the woods and into Bosnia-Herzegovina, with a threat that “they would shoot those who refuse”.

“I refused to go into the woods. The officer told me he would shoot me if I didn’t move,” Chinedu said.
The two Nigerian students joined a host of illegal immigrants who moved into Bosnia-Herzegovina and ended up in a camp in Velika Kladuša, where thousands of migrants were stuck in tents.

It was until the end of November that the camp volunteers assisted Uchenna and Chinedu in contacting representatives of the table-tennis competition to tell them of the students whereabouts.

Alberto Tanghetti, organiser of the table tennis competition, expressed surprise, wondering why the police officers deported the students to a refugee camp.

He said the officers should have accompanied the students to the hostel for confirmation of identification documents.

“They told me two students from Nigeria were taken to Bosnia by Croatian police, I asked them to send me photos and their names. After careful verification, we confirmed that those boys had participated in the tournament and had regular visas, issued by the Croatian authorities. I really don’t understand what happened, because even the police in Pula were notified that they were here,” he said.

“It is even more absurd that no one believed the boys when they tried to explain to the police officers that they had regular visas. It would have sufficed to accompany them to the hostel to verify that they had entered Croatia legally.”

The Croatian ministry of interior confirmed that the Nigerians had regular visas and entered the country legally but claimed that the students were making an attempt to remain in the country.

The ministry also said the students had checked out from the hostel before being stopped by the police.

But there was no explanation of why the police officers deported the students to the Bosnian refugee camp, knowing that the students had entered the country with a flight to Zagreb and not from Bosnia.

The Croatian authorities have often been accused of illegally sending migrants trying to cross the border back to Bosnia-Herzegovina.