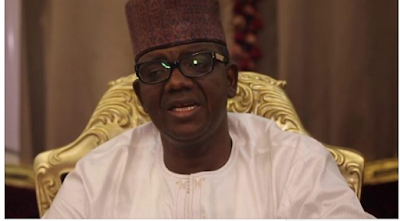 Sambo Marafa said he resigned so he could pay attention to his business.

Their resignations come barely two weeks after they were inaugurated.

Speaking to journalists on Saturday in Gusau, the state capital, Zannah, who was Matawalle’s campaign director during the 2019 governorship election in the state, hinged his resignation on “high-handedness” and lack of consultation on the part of the governor.

According to him, those who worked with him during the campaign were promised appointments but the governor has not fulfilled the pledge.

“His excellency, Alhaji Bello Matawalle has been doing things and running this government single-handedly since he assumed office as governor,” Zannah said.

“As his campaign director-general, I know we made several promises to many people that when we succeed, these promises will be met.

“I do not know how l can face all those people we made promises to when they see me going round as commissioner while the promises made to them remained unfulfilled.”

He also said Matawalle allegedly failed to check up on him during his 40-day medical trip to India.

“Even though the governor was aware of my sickness and my medical trip where l stayed for about 40 days, which was why l missed the executive council inauguration, he never called to sympathize with me up to the time l returned,” he said.

“Since l did not join this Matawalle movement for my personal gains but for the benefits of the people and in order to move the state forward, l have decided to reject this appointment as commissioner of education in the state with immediate effect, and this followed my discussions with my associates.”