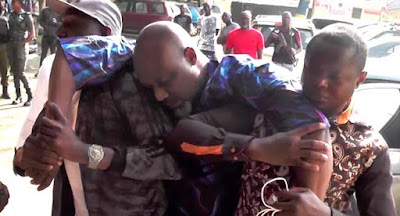 Smart Adeyemi of the All Progressives Congress (APC) defeated Dino Melaye, his Peoples Democratic Party (PDP) rival, to reclaim his position as senator representing Kogi west. Melaye had sent Adeyemi packing from the senate in 2015. Melaye also floored him in the February 28, 2019 election. However, Adeyemi did not rest on his oars. For him, the battle did not end after the Independent National Electoral Commission (INEC) declared the outcome of the February election as he headed to the tribunal and subsequently the appellate court.

As many political analyst would agree, Melaye’s exit from the red chamber began the moment Adeyemi challenged his victory in the February election; the tribunal had annulled Melaye’s election and the appeal court later ordered a rerun election. With the federal and state political structures not in his favour, the stage was set for an epic recapture of the senatorial district.

Here are some other factors that contributed to to Melaye’s defeat in the election: 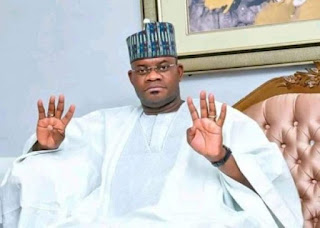 Bello: It was a fight to finish

On January 27, 2016, when Yahaya Bello, the governor, took the oath of office, Melaye was the master of ceremonies (MC). At the programme, the MC had said while the people of the state voted for Abubakar Audu who is now late, God voted for Bello. Audu had died while the results of the elections he was leading by a wide margin were being collated. Melaye said it was God who endorsed Bello to  govern the state but not up to six months later, Melaye and Bello fell out and did not resolve their differences till the PDP lawmaker was swept out of the senate.

Although Adeyemi ran against Melaye, it was an open discussion in the confluence state that the race was beyond the senator-elect but a battle between Bello and the former senator. In 2018, Melaye survived the recall process supposedly backed by the governor but the battle still raged.

At a meeting with some of his aides, the governor reportedly said he would make sure Melaye did not return to the senate, even if that would cost him his second term. But after winning another term, Bello had enough time to throw a massive punch at Melaye and this reflected in the election. The mechanism and structure the governor had put in place to win the election was still effective — if not stronger — to boot his main rival off the seat.

The cause of their misunderstanding is unclear. There are reports that the battle started after the appointment of local government administrators by Bello in May 2016. Melaye was said to have accused the governor of undermining him by appointing Taofik Isah, his political rival, as chairman of Ijumu local government area where Adeyemi and Melaye hail from. The crisis was further fuelled when Bello did not consider any of Melaye’s allies as worthy of being his deputy. 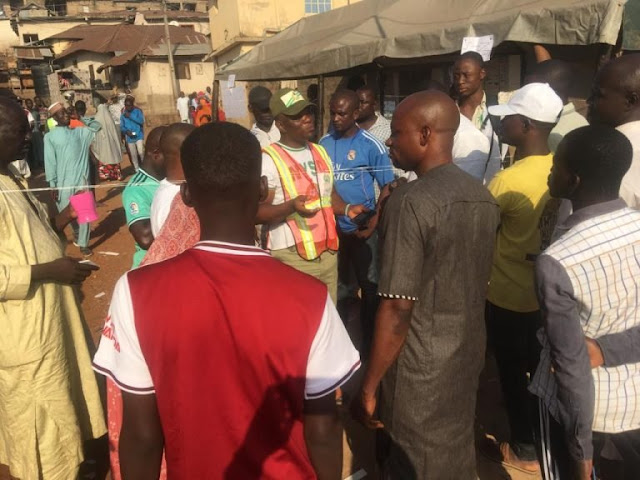 Before the election, there was palpable fear across the state over possible violence. Civil society groups had predicted widespread violence and voter intimidation during the poll.

In a statement, the Centre for Democracy and Development (CDD) had warned that the election in the state might be bloody, saying incidents of violence can affect voters turnout.

As rightly predicted, this played out during the election. Despite heavy security presence, there were reported cases of widespread violence across the state. Mostly in Kogi west, thugs invaded polling units, shattered ballot boxes and carted away voting materials.

While INEC declared the rerun election inconclusive and set another date for a supplementary, the previous incident went a long way in scaring voters. Observers at the polling units where the elections were rescheduled said voters who came out were very few.

While Melaye might be popular among his people, the low turnout of voters affected his chances of having a good fight. Some of his supporters did not vote because of violence.

LAST-MINUTE CAMPAIGN VERSUS ACTIVISM
When the November rerun did not end on first ballot, the two candidates adopted different strategies. While Adeyemi, who was leading with over 20,000 votes returned to the people, Melaye invested more of his time in seeking cancellation of the supplementary poll. Last week, he led some protesters to INEC headquarters while Adeyemi kept touring the areas where Saturday’s supplementary election held.

So, it was the case of Melaye being interested in cancellation of the poll while Adeyemi knew he had a task to complete.

Another factor that played a key role in the outcome of the election was financial inducement of voters. Both sides spent money or tried to influence votes with money but the APC obviously had a bigger war chest.

Some of the voters said they decided to give Adeyemi another chance looking at his manifestos and, they also considered the bigger picture: the gains from the ruling APC. 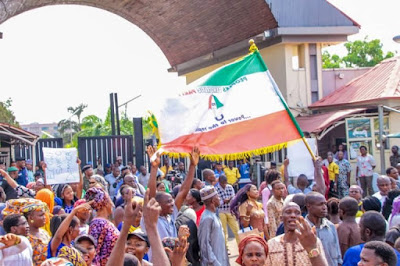 One other factor that worked against Melaye was his inability to influence Bello to cite some state government-funded projects in Kogi west. As long as Melaye’s party did not control government at the centre and in the state, the task of attracting enough projects to his constituency would be difficult. Looking at the bigger picture, it was easy to convince the people of the gains from the ruling APC.

Some of the voters revealed that the clash between Bello and Melaye was having a negative effect on them. In fact, the APC capitalised on this to woo voters, telling them they had a lot to gain voting for their party’s candidate in the election.

In the build-up to the 2015 elections, Melaye anchored campaign programmes of the APC alongside Abike Dabiri-Erewa, his former colleague at the house of representatives. One of the famous slogans of Melaye then was to publicly ridicule ex-President Goodluck Jonathan who was in power at the time.

He would cheer the crowd, saying: “When I say Jonathan, you say Otuoke. When I say Otuoke, you say by road.” Melaye said this at different campaign rallies. However, when he defected to the PDP, he started using a similar approach against President Muhammadu Buhari but it didn’t resonate well.

Melaye’s travail with the police and his occasional musical videos also demarketed him. On one hand, the theatrics made him popular but again it made some people wonder if he was a worthy representative of the people. Commenting on Melaye’s controversies when he featured on Politicis Today, a Channels Television programme, Adeyemi had asked Seun Okinbaloye, the anchor, if he would choose Melaye over him as a senator, to which Okinbaloye had responded, “I’m a journalist.” Coincidentally, Adeyemi, who was a practising journalist, rose to the number one position in the Nigerian Union of Journalists (NUJ).

Melaye courted some enemies for himself in the ruling party. During a face-off with Remi Tinubu at the national assembly, he had openly threatened wife of the APC national leader. When some social media users dared him not to step into Lagos based on his clash with Remi Tinubu, the former lawmaker posted videos and pictures of himself on Bourdillon street, Ikoyi, where Tinubu lives. Literally speaking, Melaye took up a challenge from people he didn’t even know.

As things stand at the moment, the judiciary will determine the next line of action in Kogi west. But for now APC is in a mood of celebration. While congratulating Adeyemi, Adams Oshiomhole, national chairman of the APC, had said his party’s broom swept off Melaye.