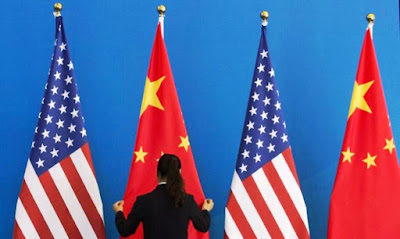 China has criticised the U.S. House of Representatives for passing a bill that aims to hold Beijing accountable over alleged violations of human rights against Muslim minorities, including Uighurs.

“We urge the U.S. to immediately correct its mistakes, prevent the aforementioned Xinjiang-related bill from becoming law, and stop using the Xinjiang-related issue to interfere in China’s internal affairs,” a Chinese Foreign Ministry spokesperson said in a statement on Wednesday.

“China will respond according to the development of the situation,” spokeswoman Hua Chunying said.


“Xinjiang-related issues are not issues of human rights, ethnicity or religion, but issues related to anti-terrorism and anti-separatism,” Hua said, adding that China’s campaign in Xinjiang has prevented any terrorist attack from happening in the past three years.

The U.S. House of Representatives overwhelmingly passed a bipartisan legislation seeking to hold China accountable over alleged violations of human rights against Muslim minorities, including the Uighurs.

The bill already passed in the Senate in September with support from both major parties, sailing through unanimously.

After a process of reconciling the two bills between the chambers, the legislation will move to President Donald Trump’s desk, and, if passed, is likely to anger Beijing.

Only one lawmaker voted against the proposal, meaning Congress can override a veto.

The law is the latest anti-China legislation to pass in the U.S. Congress, following recent bills supporting protesters in Hong Kong, which Trump signed after a veto-proof majority of lawmakers approved the measures.

The law on the Uighurs, a predominantly Muslim minority in China’s western Xinjiang region, would require that the State Department determine if certain Chinese officials should be subjected to sanctions for human rights violations.

Additionally, the federal government would have to identify which companies are involved in building internment camps, and offer support to journalists covering the unfolding events.

Human rights groups and the U.S. government accused China of engaging in mass internment and surveillance of the Uighurs and other Muslim minorities in Xinjiang.

More than 1 million people have allegedly been detained for so-called re-education. China says it is fighting extremism, separatism and terrorism.