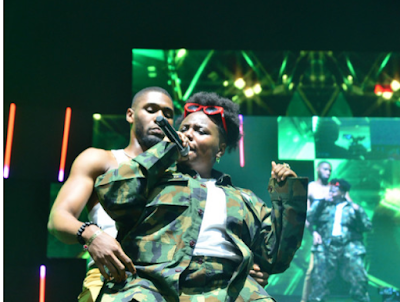 ‘Uyo Meyo’ crooner, Teni held her much anticipated concert on Monday 16th of December 2019 at the Eko Convention Centre. Though the show started late but Teni made up for it with her witty and exciting performance routine.

Artistes like Tiwa Savage, Joeboy, Falz, Skibii and others performed at the show which further made it an unforgettable night.

At 12:03 in the morning, a voice began delivering panegyrics in Ondo dialect. Accompanied by beautiful women dressed as handmaidens, Teni made a majestic entrance on the stage. She wore a white agbada, bore a walking stick on her right hand and had a horse tail on the left. The first song she performed was ‘Uyo Meyo.’ 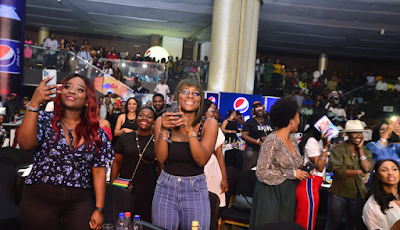 She was backed up by a wonderful band that was in harmony with her voice texture.


Another high point of the show was when Tiwa Savage mounted the stage immediately after Teni’s performance. That move was what was needed to add verve to the concert that night.

All in all, it was a night of unprecedented entertainment.